Amsterdam is such a charming city.  When we visited I wanted to get a chance to visit a bit outside of the city too.  Haarlem Netherlands was recommended by several friends, including Rick Steves, 😉 and after reading The Hiding Place by Corrie Ten Boom I knew it was the perfect day trip from Amsterdam for our family. 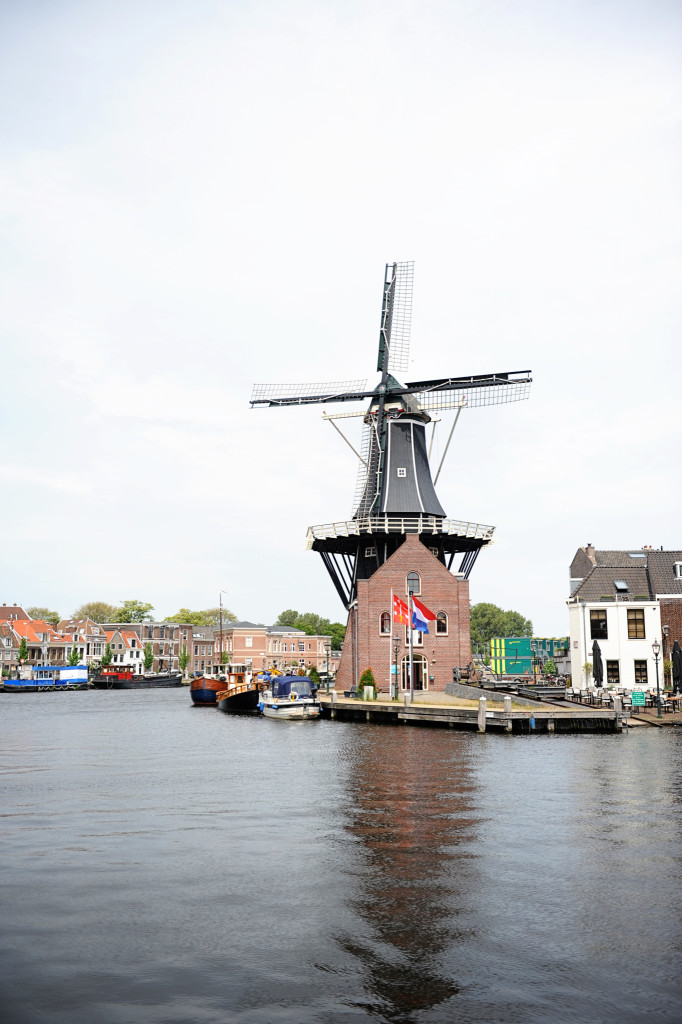 When we were in the Netherlands I wanted to see windmills.  I mean, that is what you think of when you think of Amsterdam, right?  Staying right in the city was wonderful, but it didn’t allow us to see windmills, so I was thrilled to see this little beauty as soon as we arrived in Haarlem.  It was a quick train ride (about an hour) from Amsterdam to this charming little city.  The train station was beautiful. 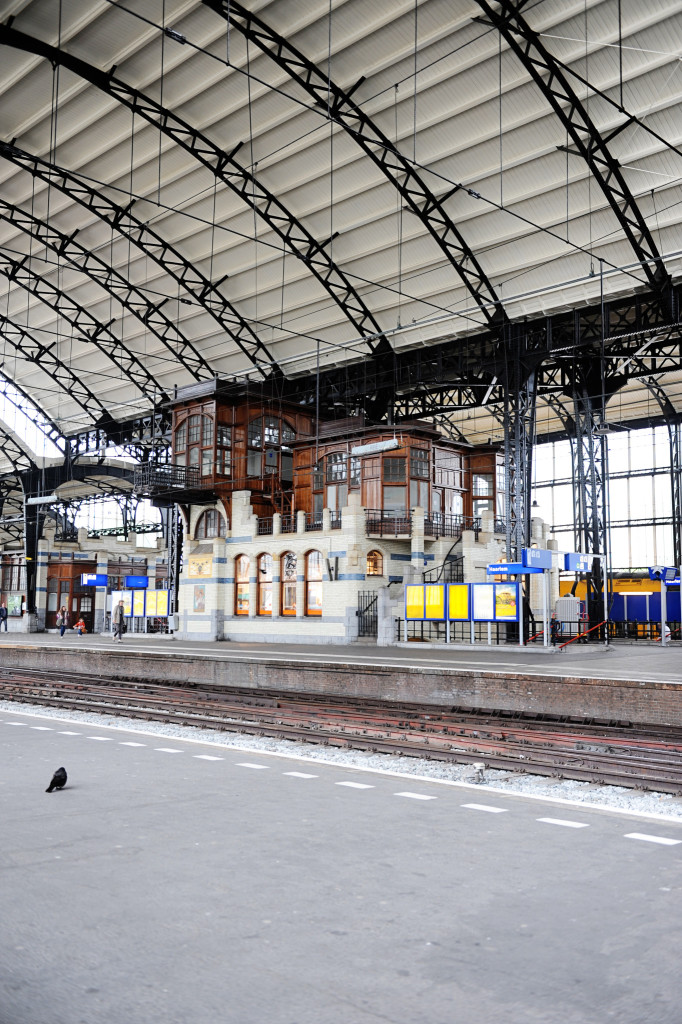 We walked from the train station into the center of town where the beautiful cathedral stands. 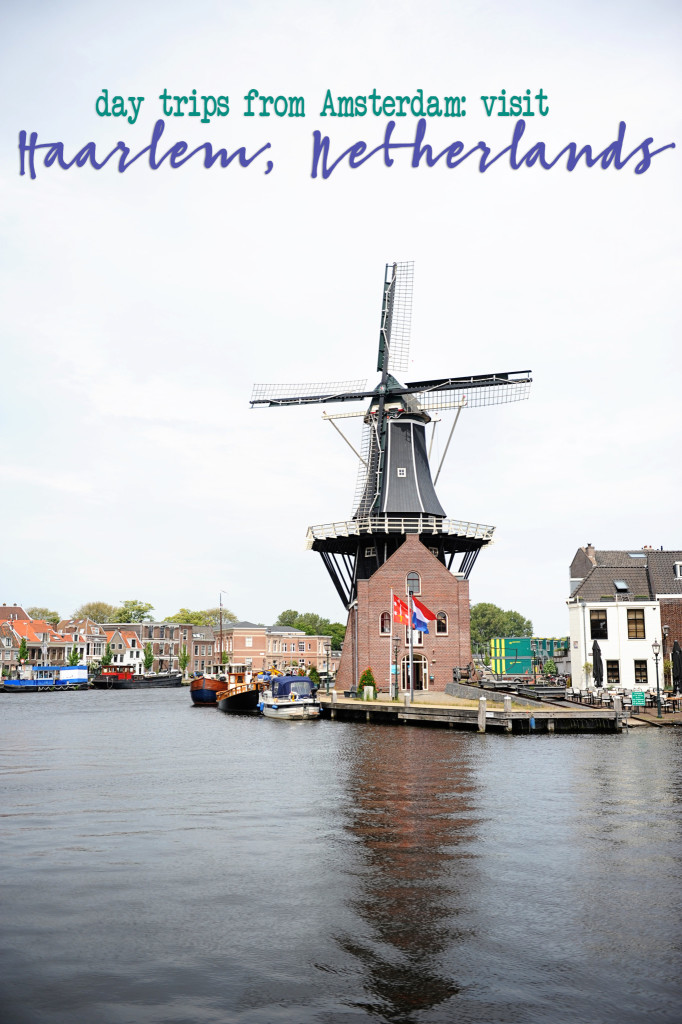 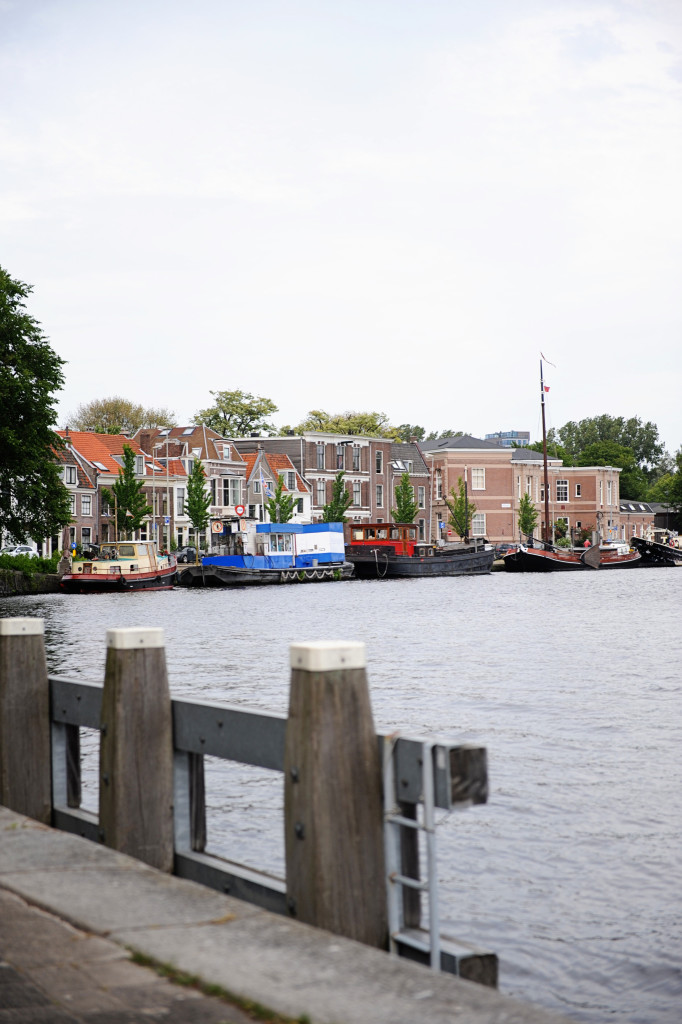 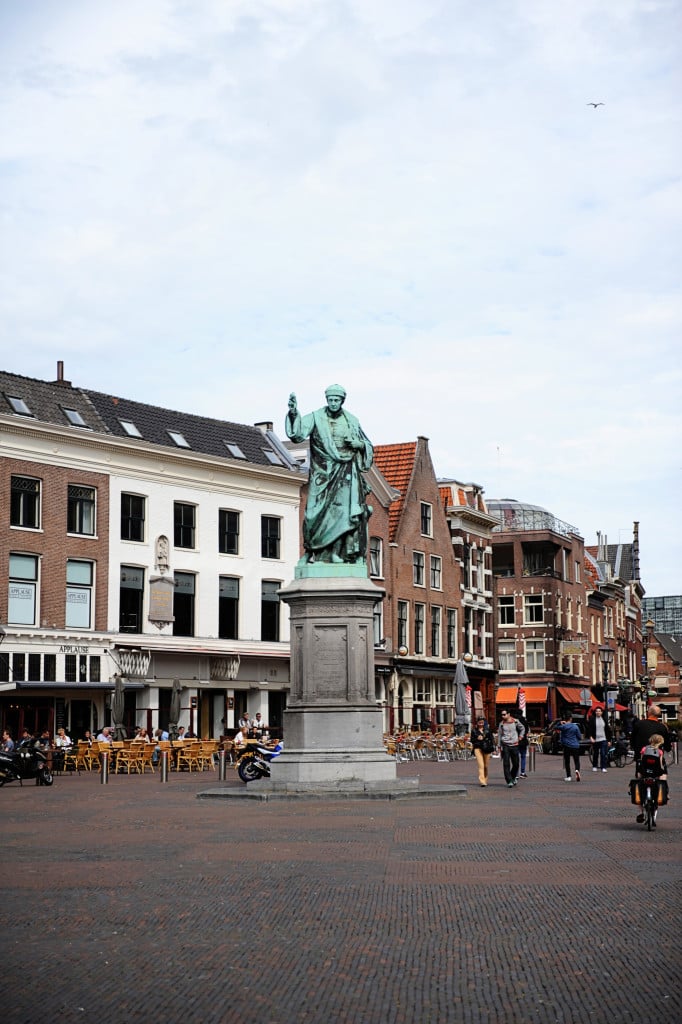 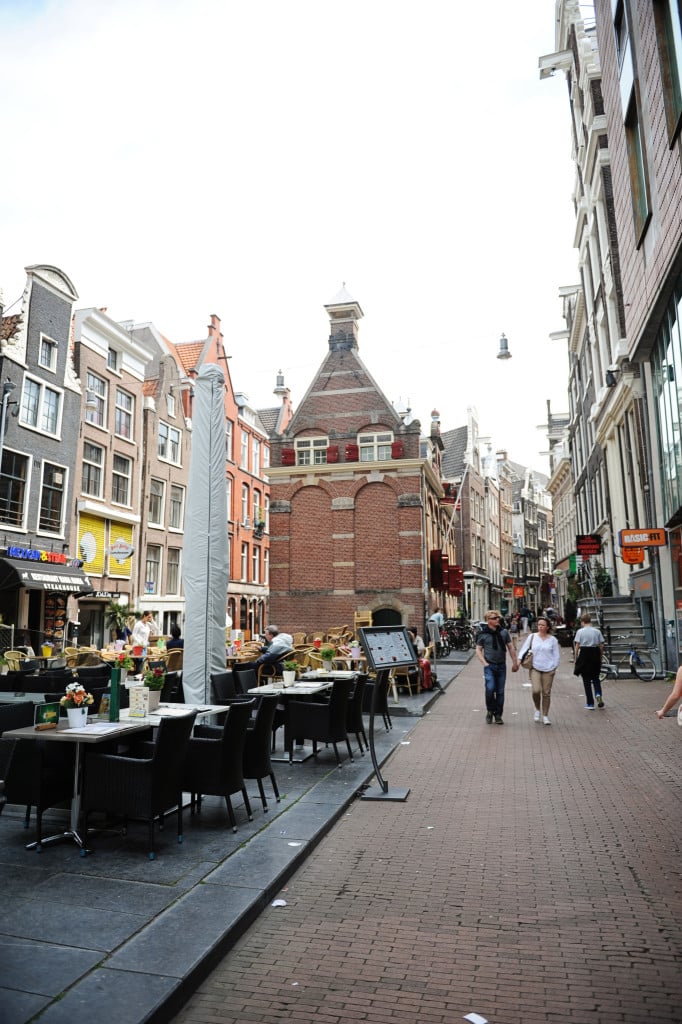 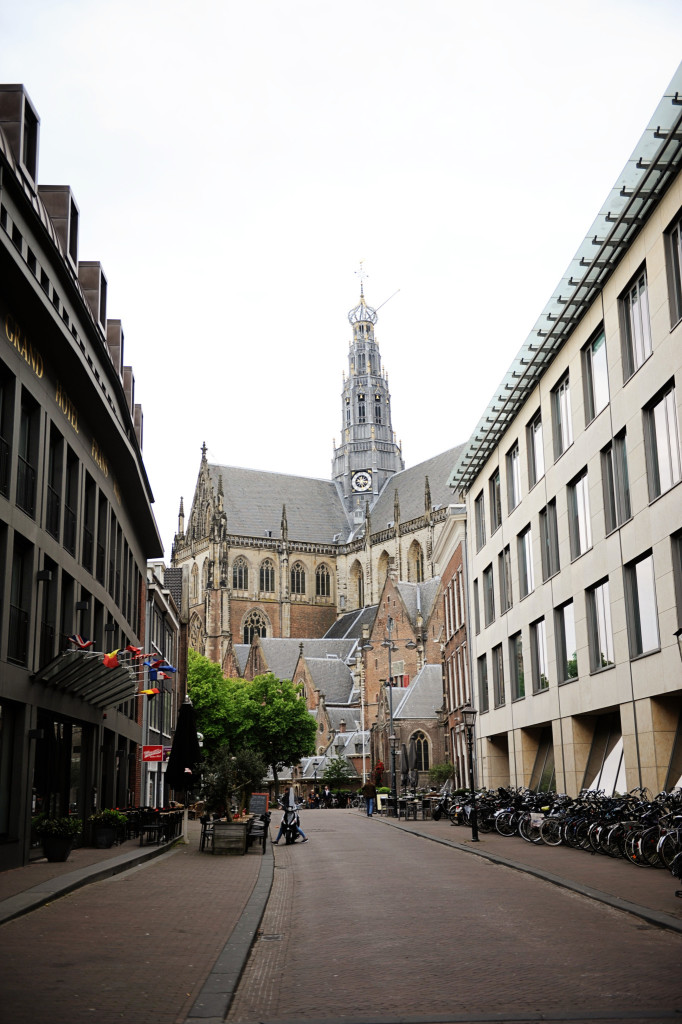 This giant cathedral right in the center of Haarlem was first built as a Catholic church in 1245. By 1559 the building had been enlarged several times and was finally consecrated as a cathedral. However, this happened during the Reformation and St. Bavo’s Church was confiscated by the Protestants only 19 years later. The Iconoclastic Fury of 1566 resulted in the destruction of most of the interior, but soon after it was gorgeously repainted and that is what you see today. The church’s enormous Müller organ, which almost completely occupies the eastern wall, is definitely the highlight of this amazing structure. The organ dates from 1738 and was once played by Händel and a 10-year-old Mozart in 1766. When we visited we were lucky and someone was playing the organ.  It was a neat experience to hear an organ being played that had been played by Mozart and Handel. 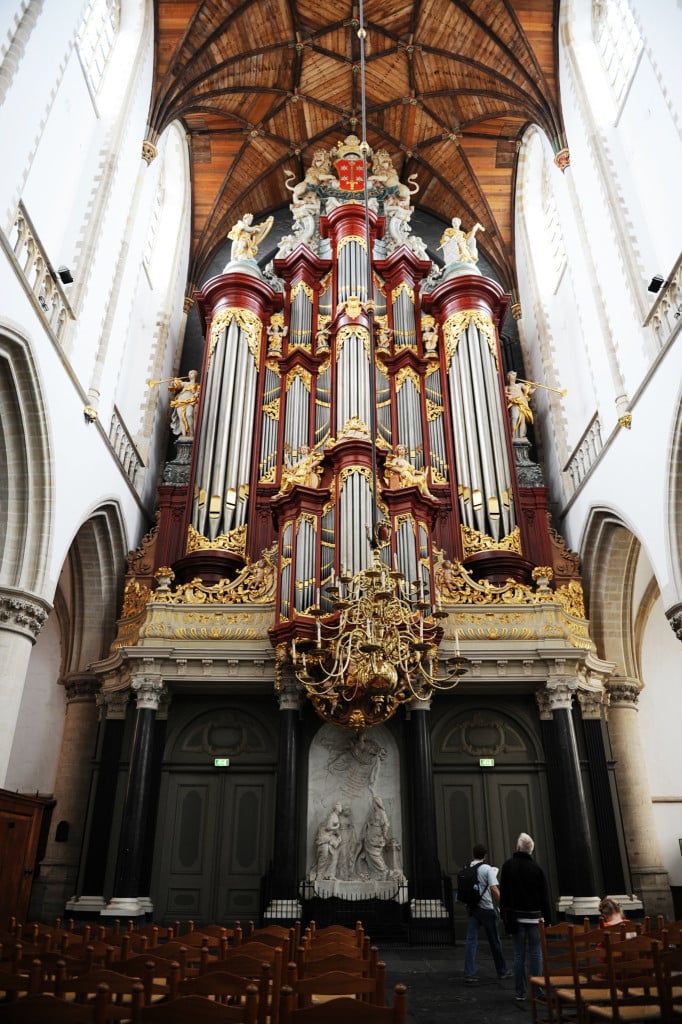 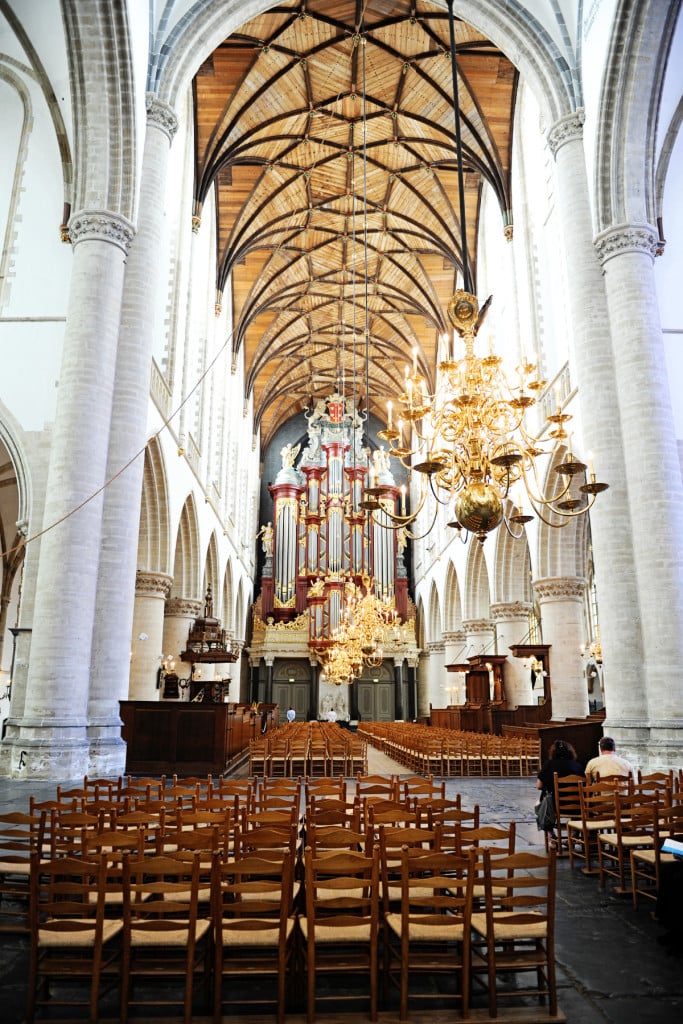 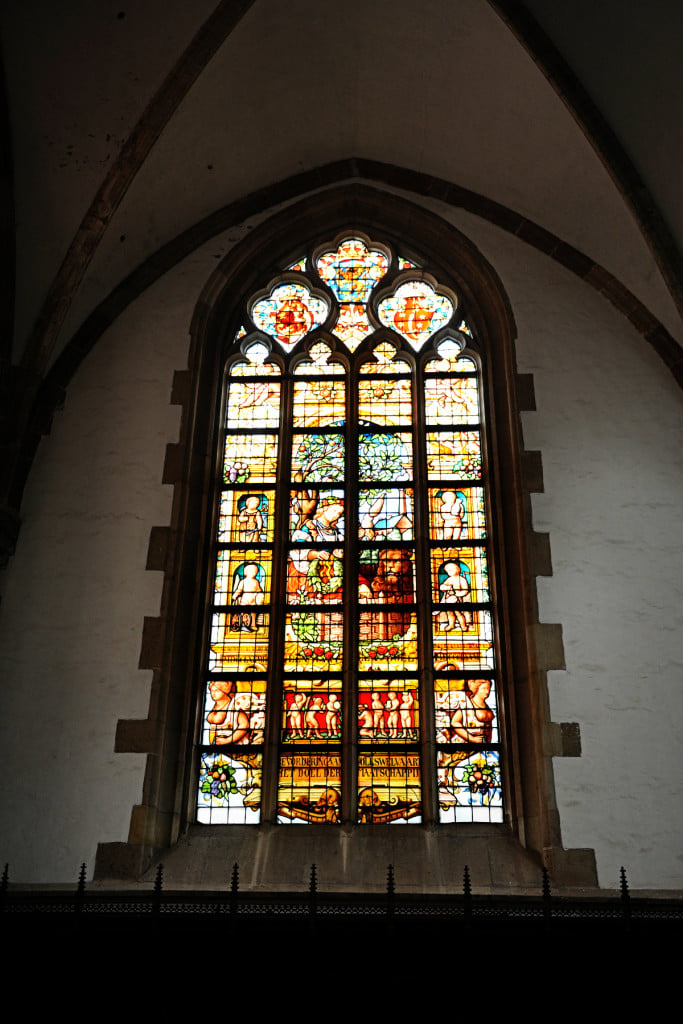 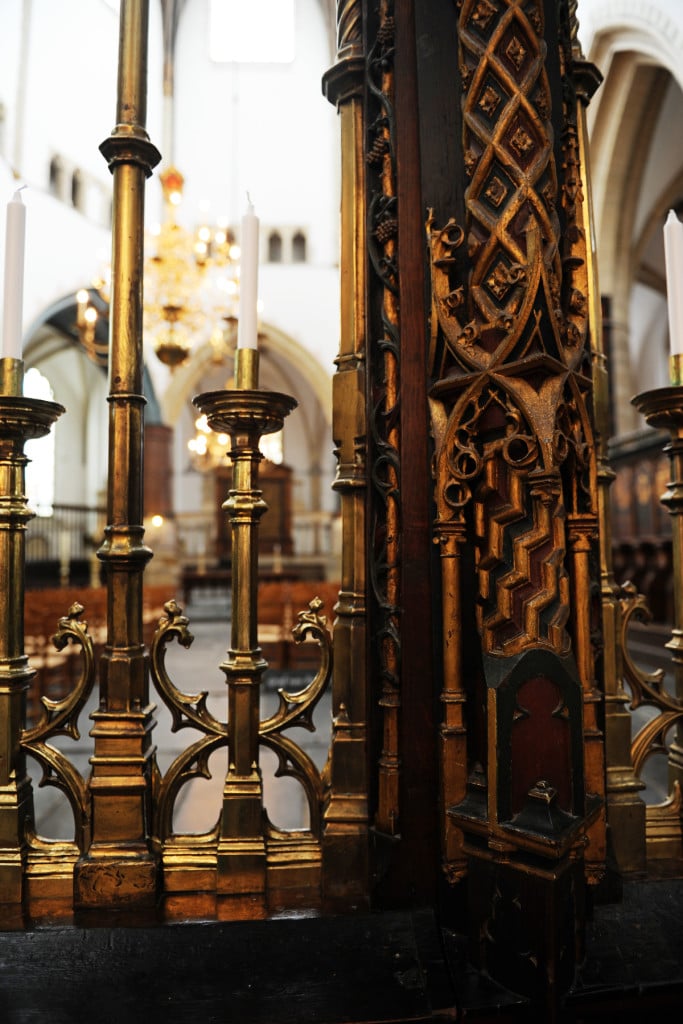 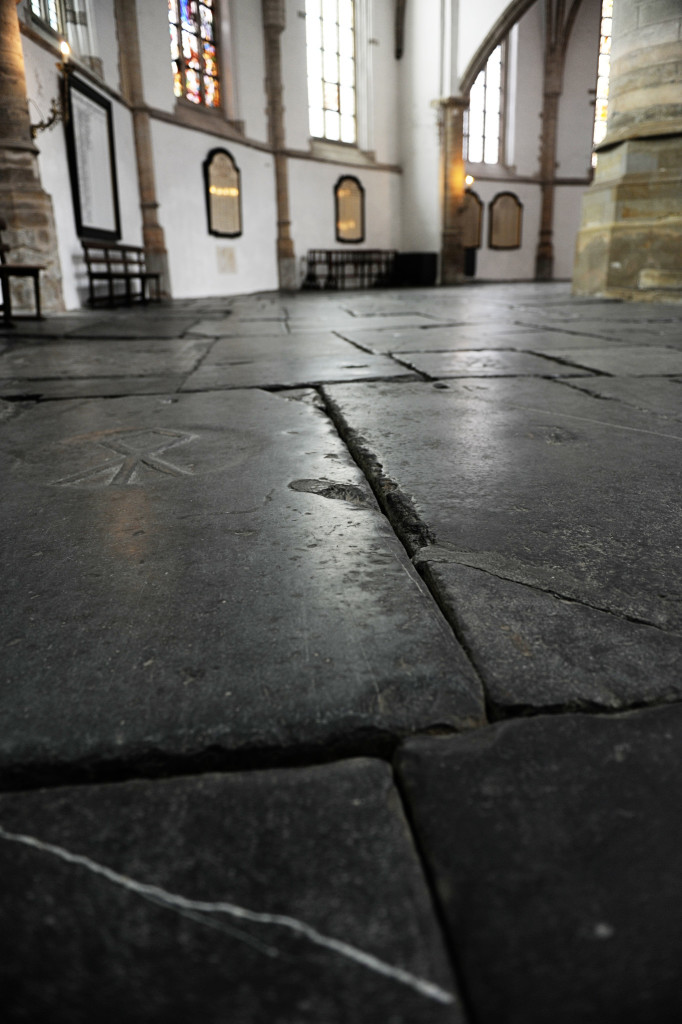 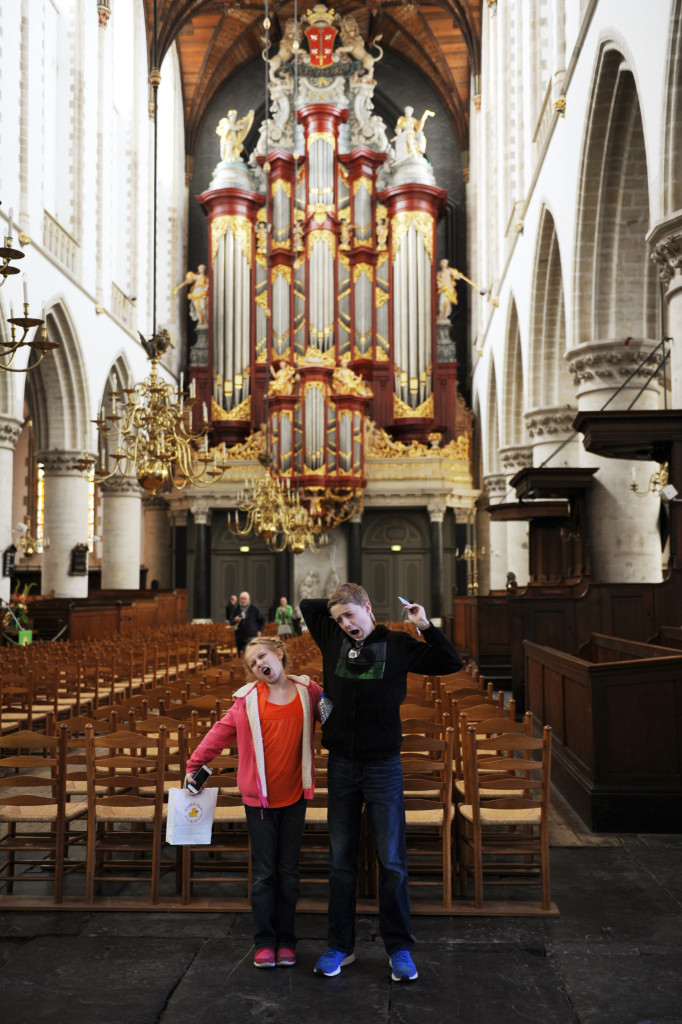 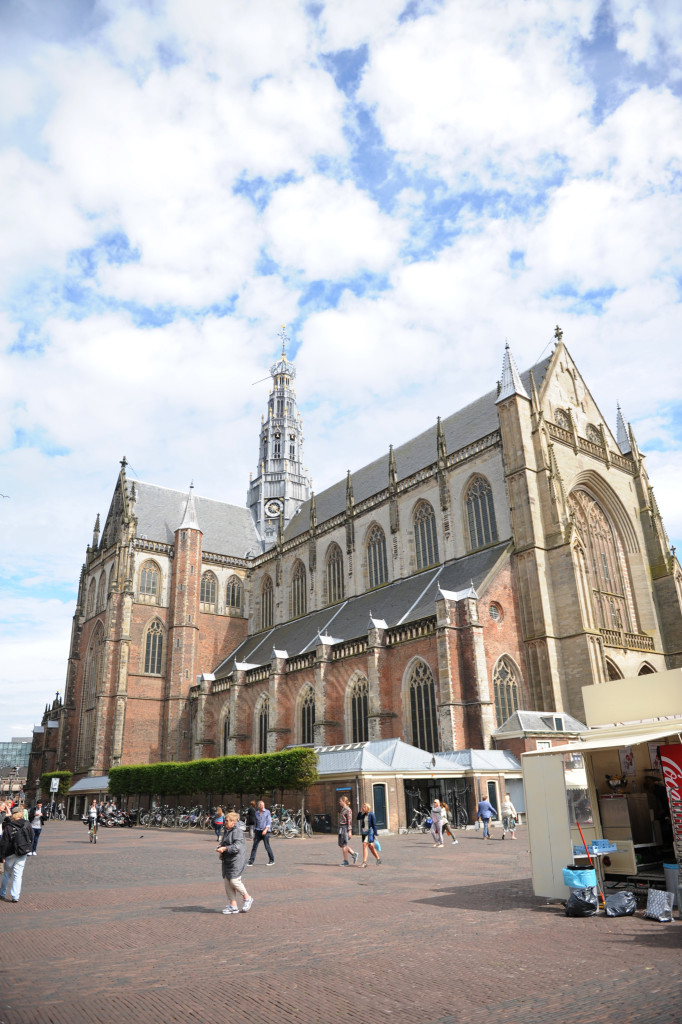 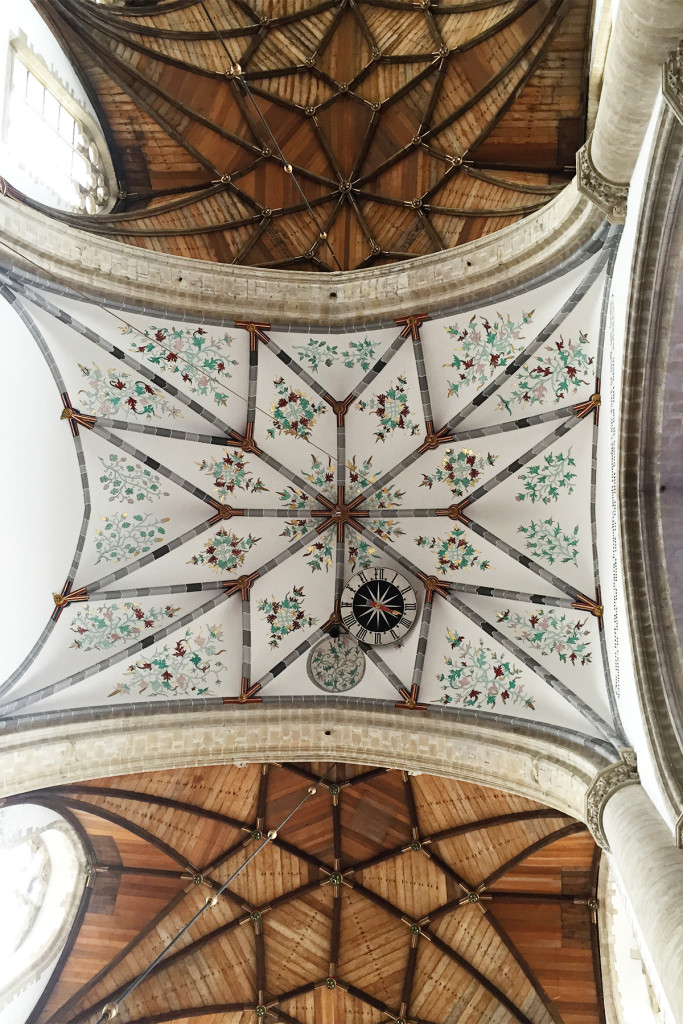 One of the most interesting things to see when you visit the St. Bavo cathedral is Haarlem are all of the buildings and shops built up along the outside of the building.  You can really tell that the church was the center of life in days gone by because the local markets were housed alongside and actually attached to the church. 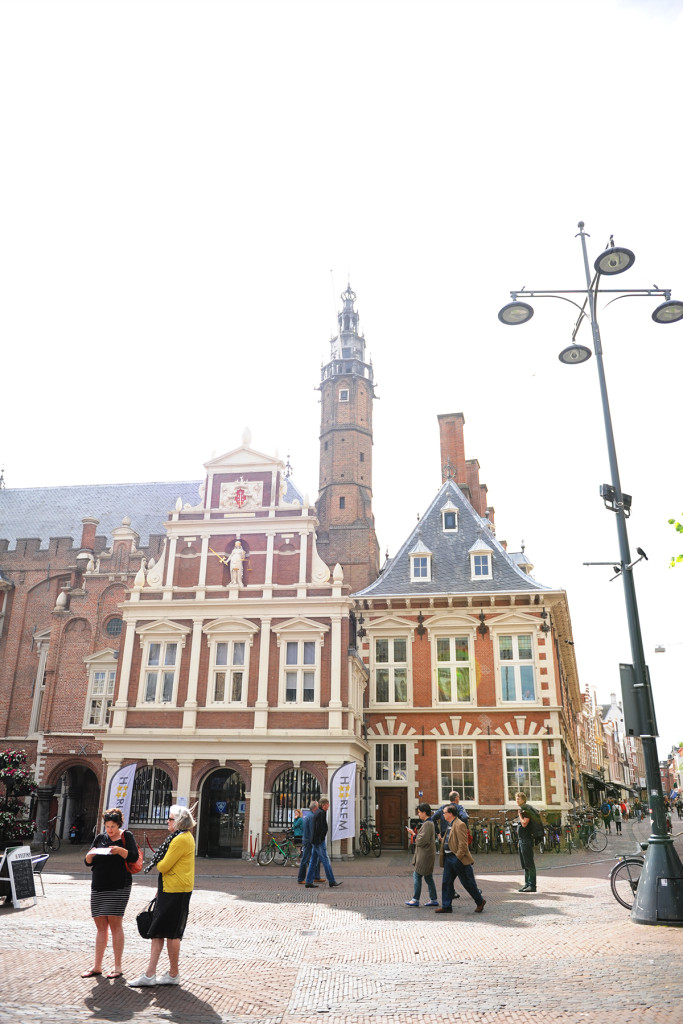 of course there is a gelato shop attached to the church these days. 😉 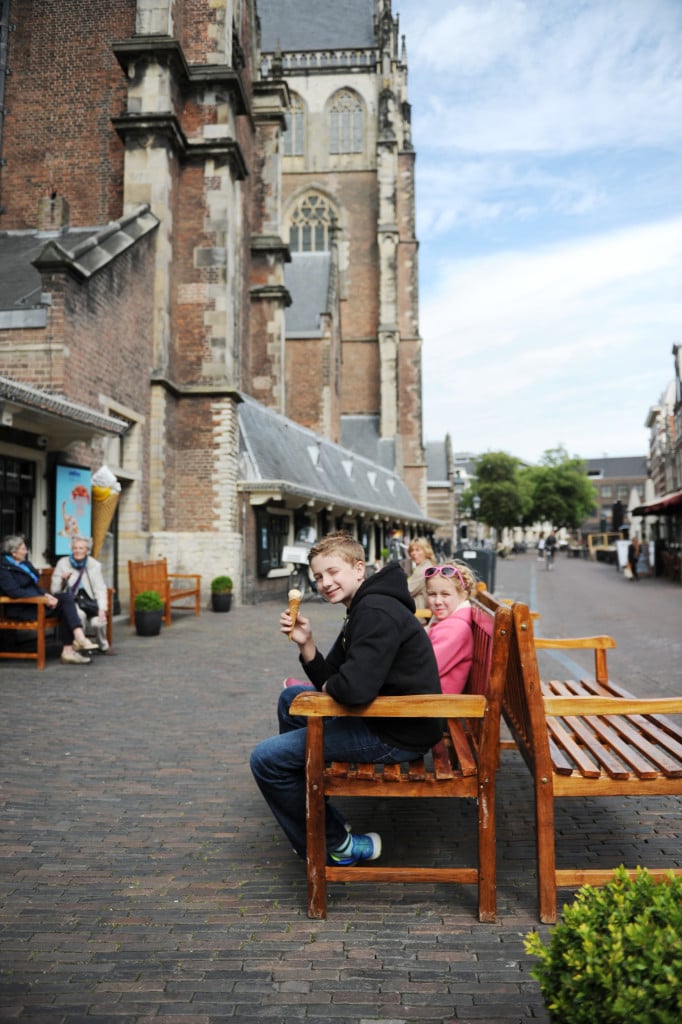 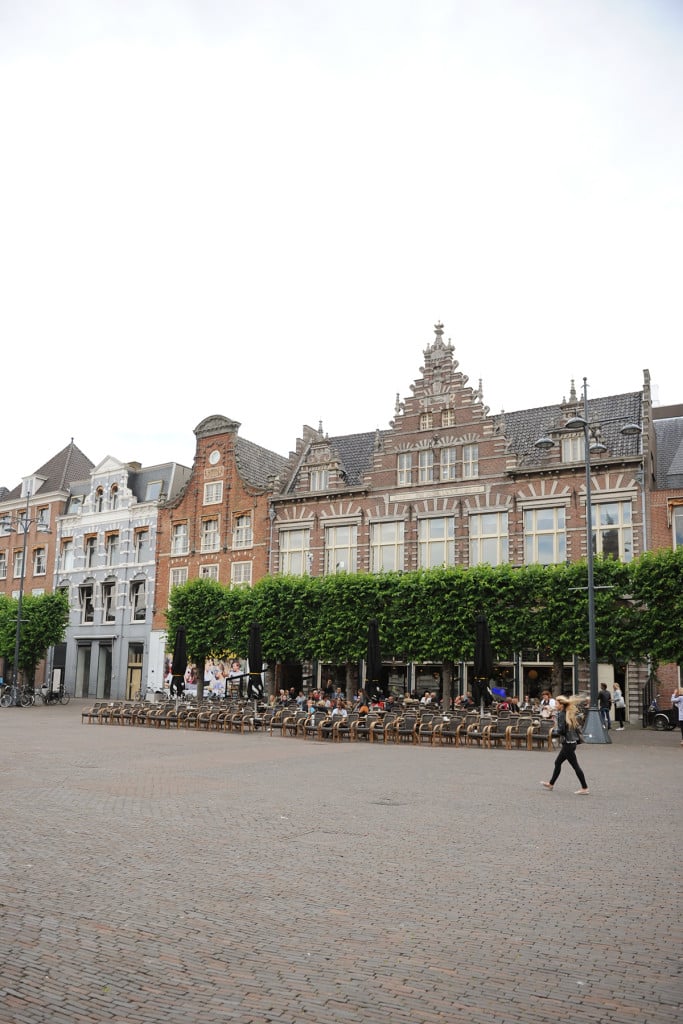 Haarlem is such a charming city and definitely worth a a day trip from Amsterdam.  You can visit the Corrie Ten Boom house, see windmills, rent bikes and ride around the town, see the gorgeous St. Bavo cathedral, and also do some great shopping and eating.  If you are thinking you might like to make Haarlem a stop for a few days, here are some great hotels in the area:

If you are planning a trip to Amsterdam and other places in Europe, don’t miss some of our most popular posts:

Stay in a Traditional Canal House in Amsterdam

Things to do in London: Visit Borough Market

Afternoon Tea at the Orangery at Kensington Palace

Take a Spin on the London Eye

What it’s like to rent a vacation flat in London

How to Stay Connected While Traveling in Europe

A Walking Tour of London 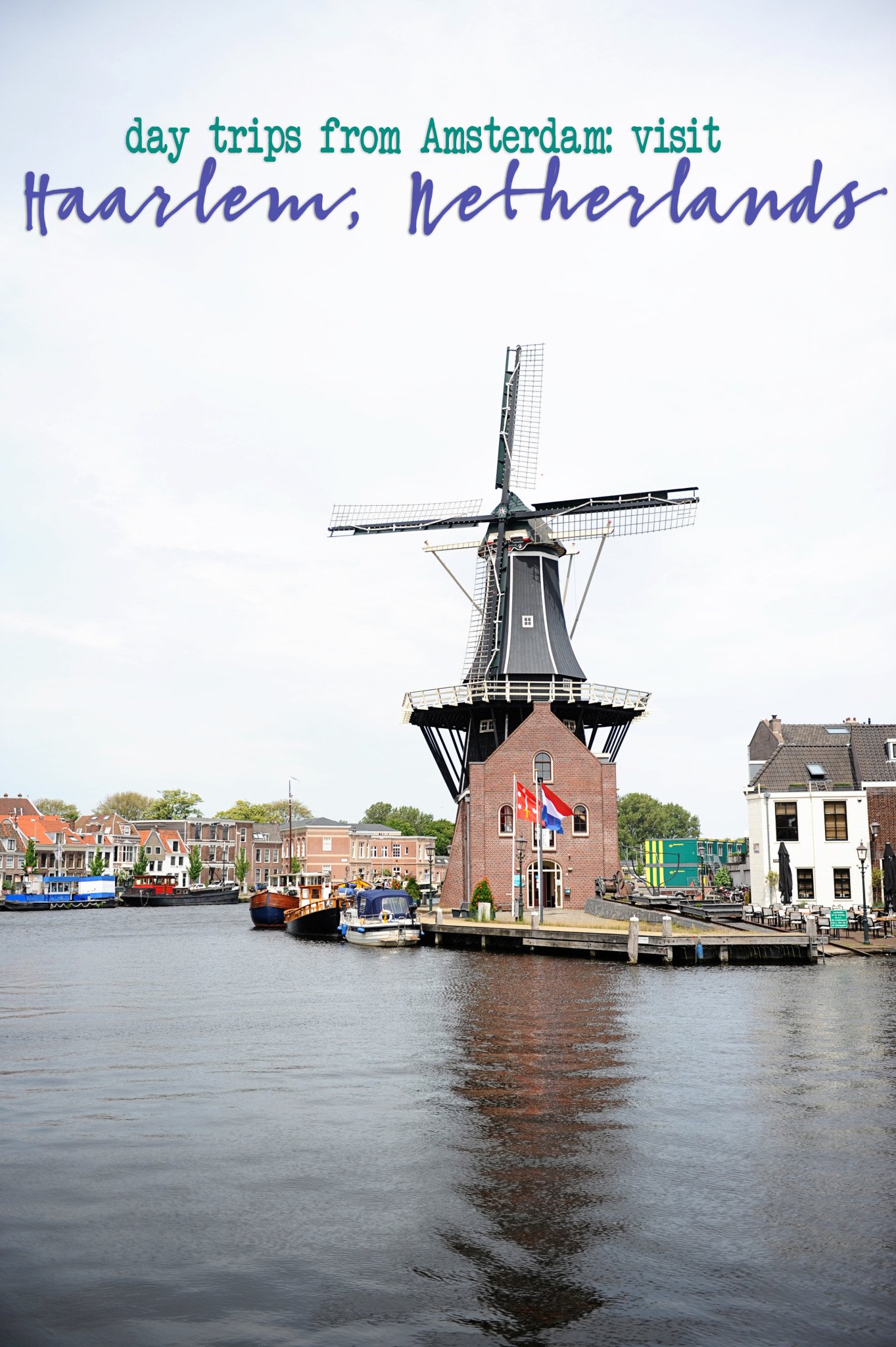