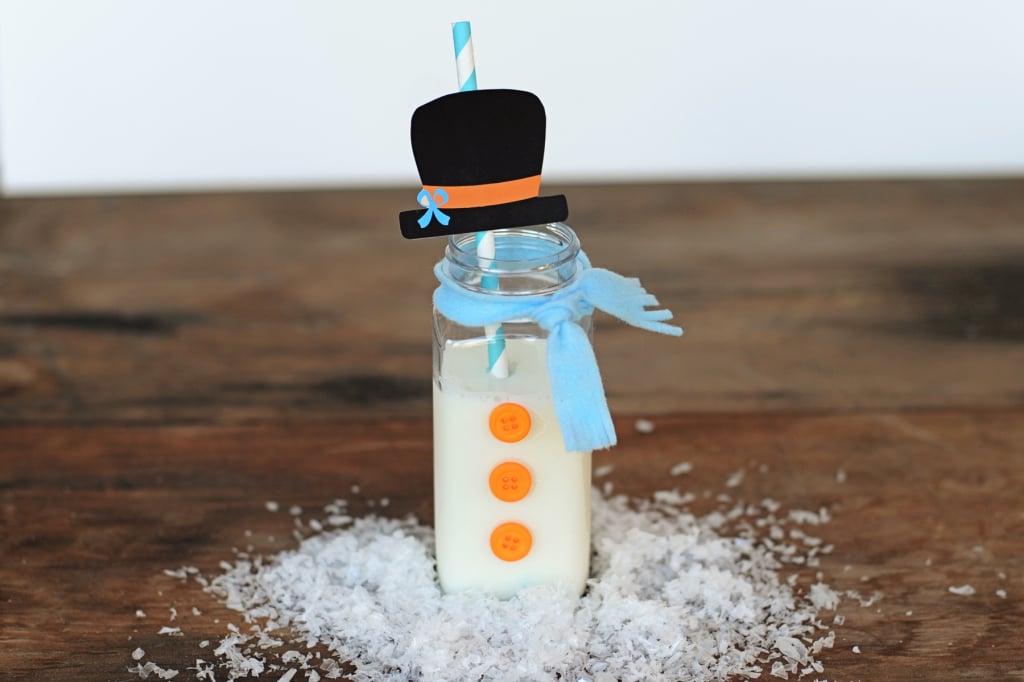 Last year I debuted this Frozen party on the day the movie came out.  I had NO idea that the movie was going to be so popular, and lucked out that I happened to jump the gun and base a party off of a silly little snowman that I had seen in a preview months before.  I made these easy snowman drink bottles that are super easy and can be made in minutes.  I get questions about them and other frozen party ideas all the time, and realized that I never posted a tutorial for them!  So, here you go! 😉 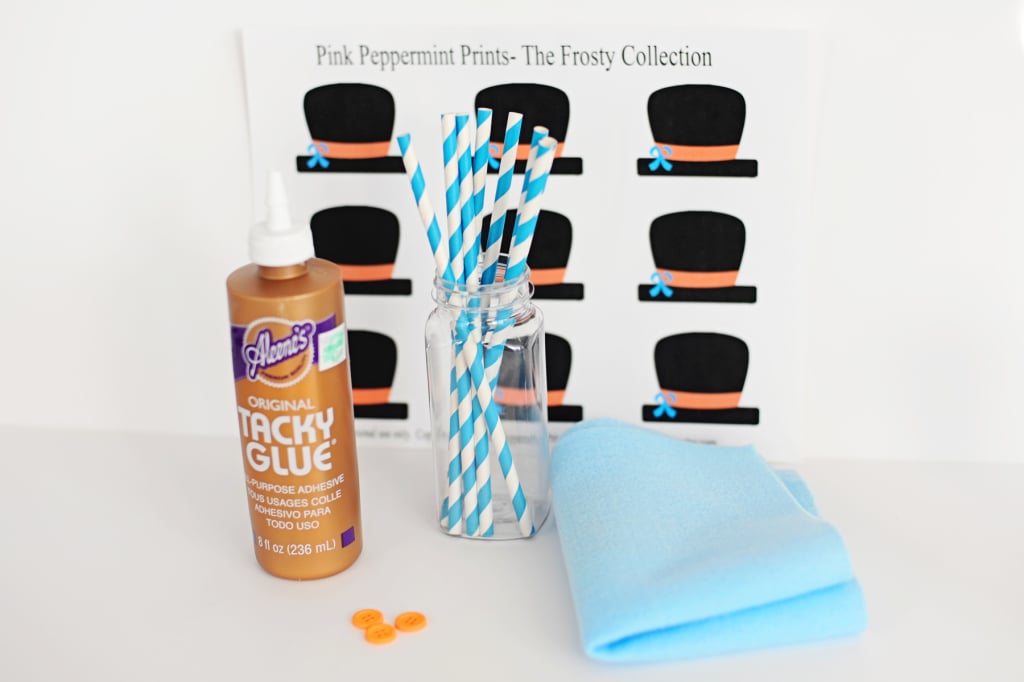 or a Glue Gun

(whichever color you want to use)
Felt 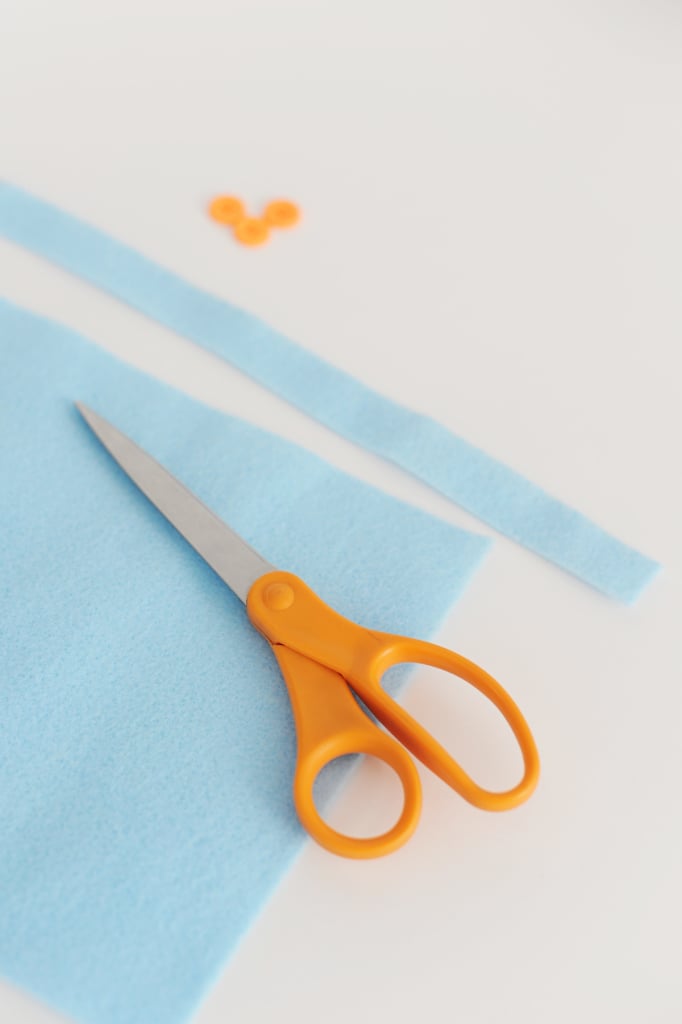 Snip  a little fringe at each end of the felt strip. 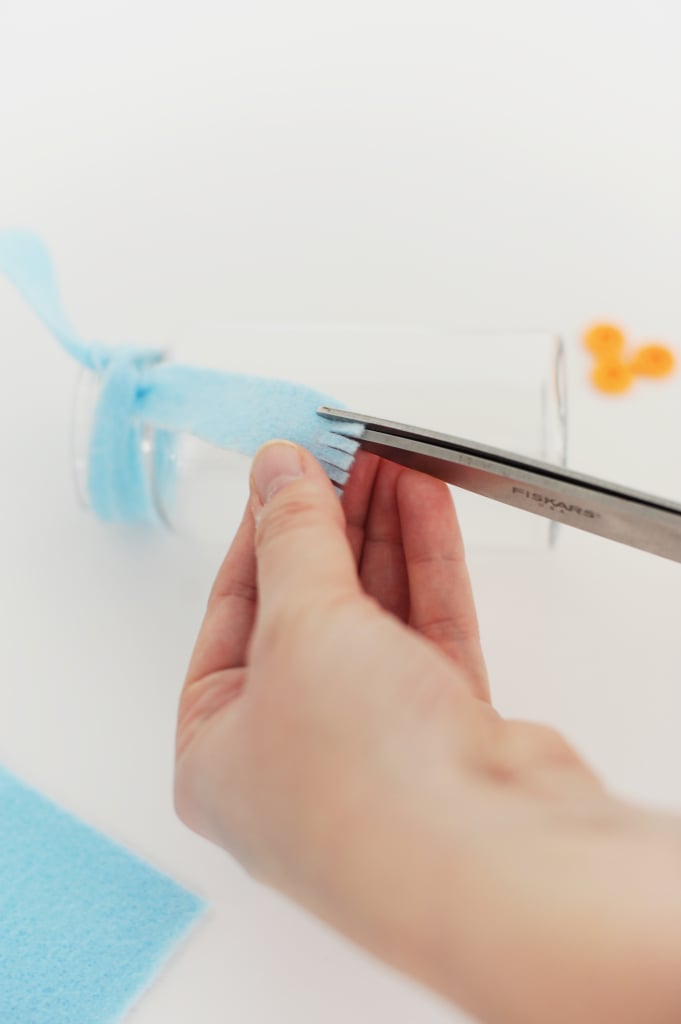 Tie the little felt scarf around the neck of the bottle with a double knot.

Glue three buttons down the middle of the front of the bottle. 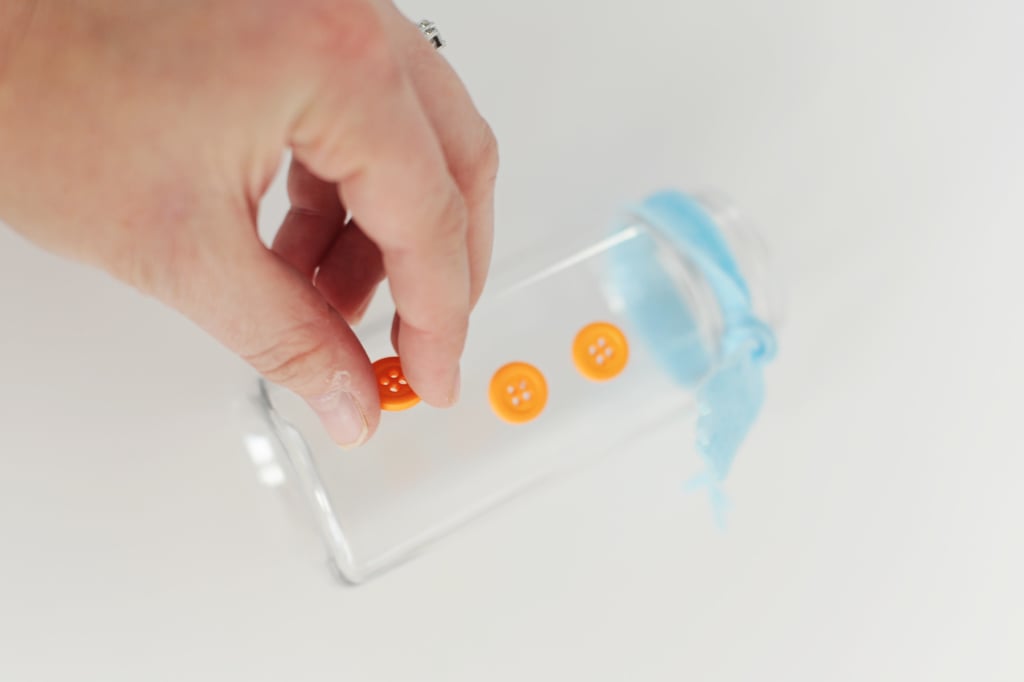 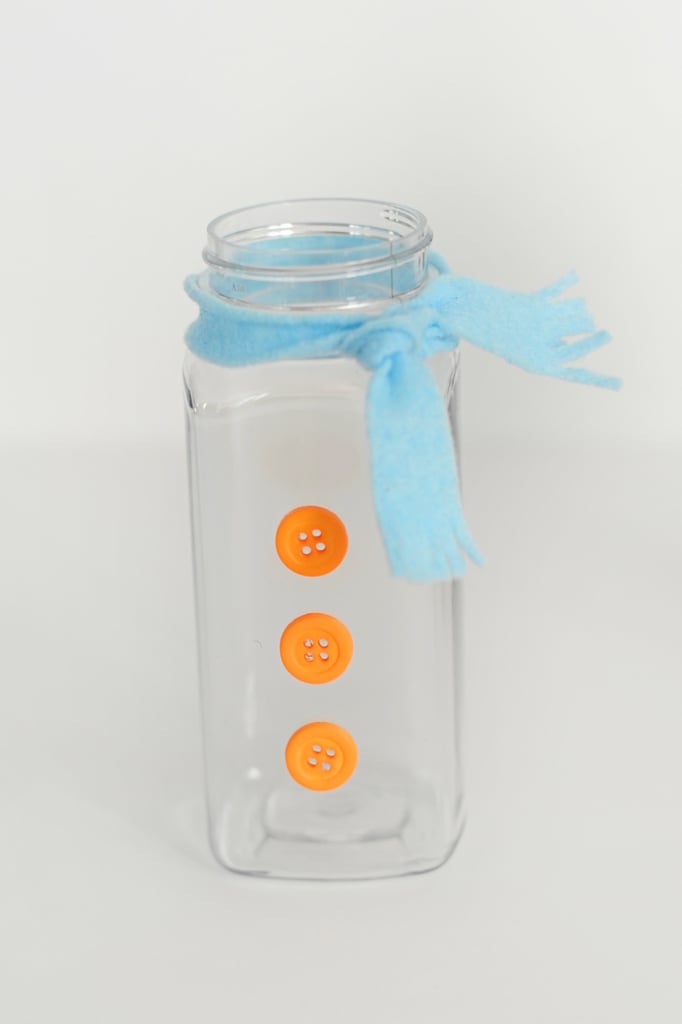 Cut the hats out from the printables sheet.  Glue a hat onto the straw.  Leave about an inch of the straw sticking out at the top. 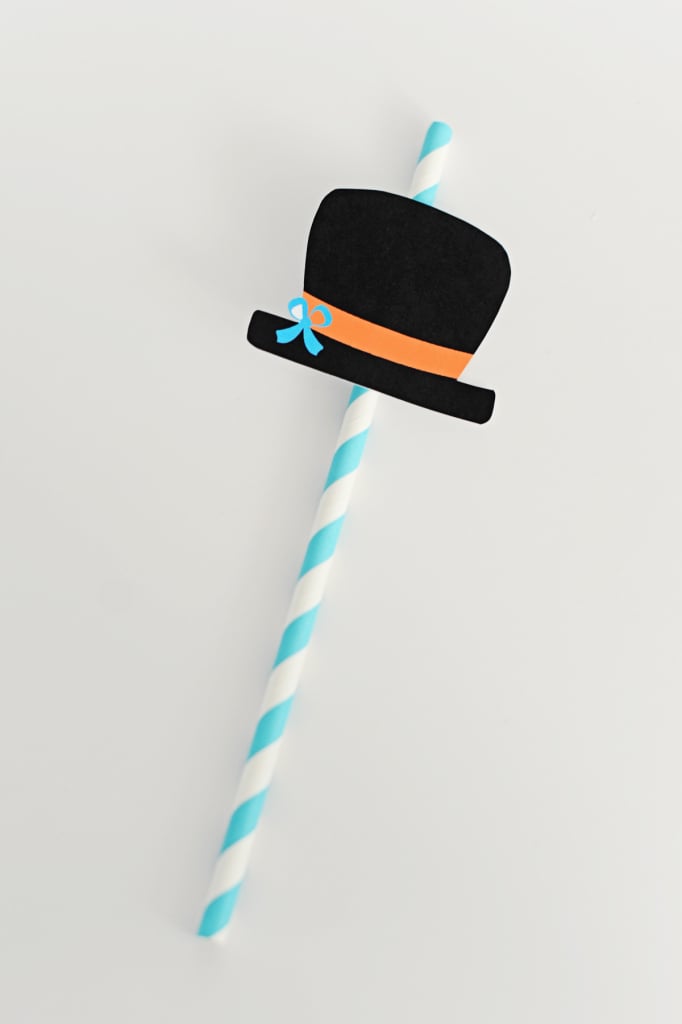 Put the straws in your bottles and Par-tay! 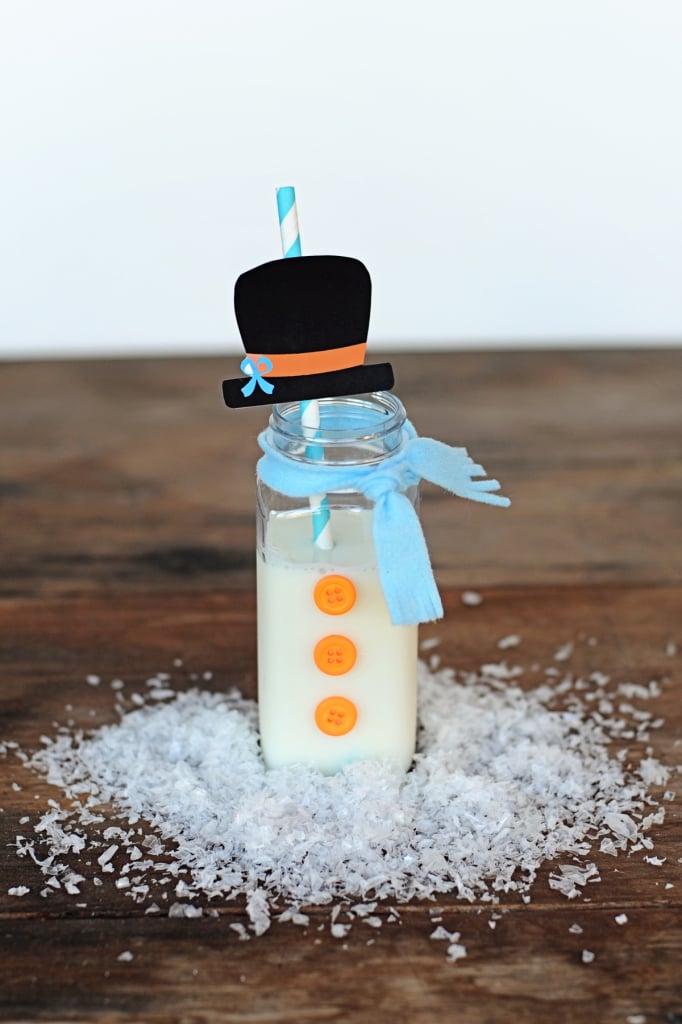 Check out our Frozen party for lots of great Frozen party ideas!  If you would rather, here’s another fun snowy drink bottle idea and tutorial too. 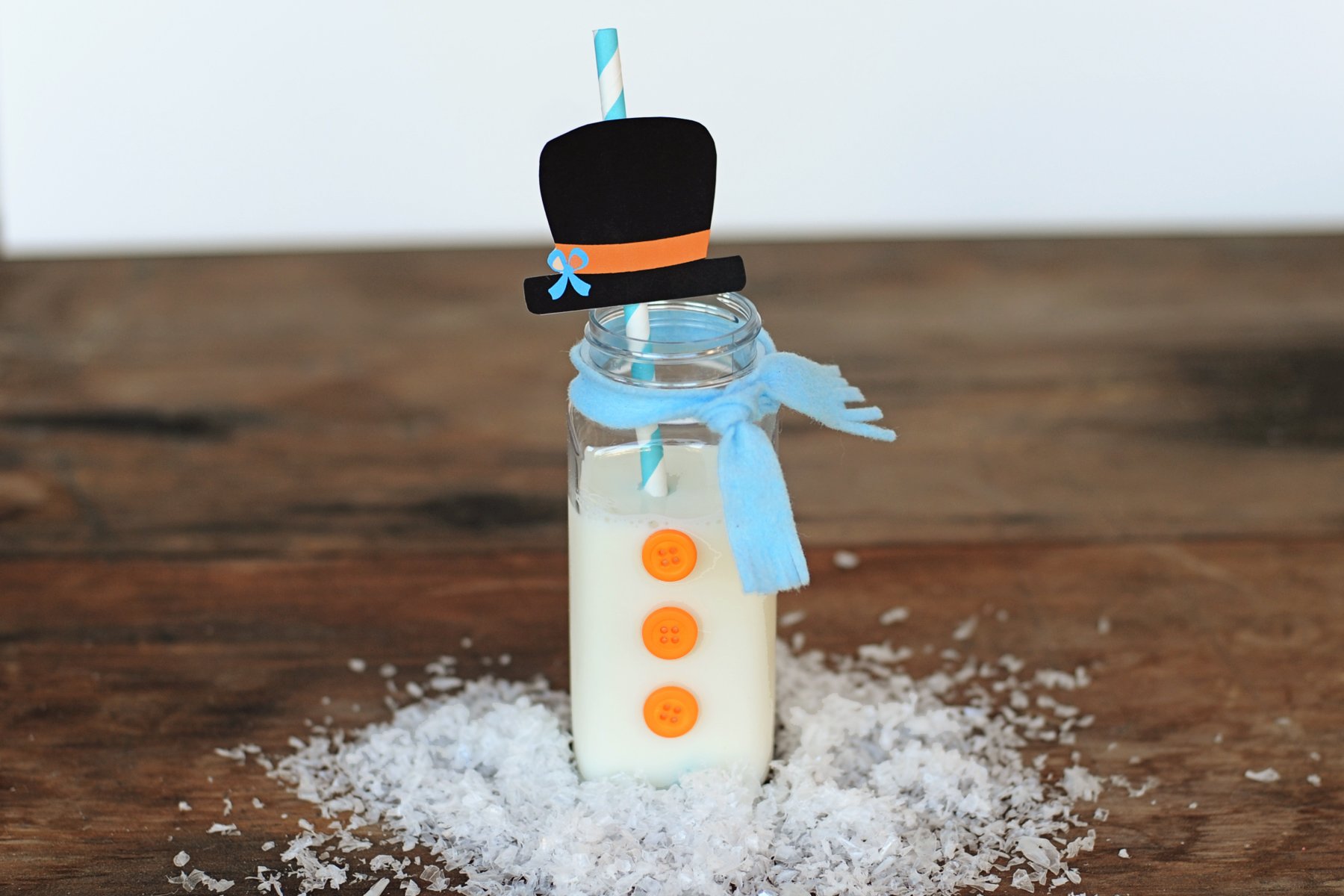