This whole moving thing just got real.  We are in escrow on our very own 1980’s Fixer Upper.  I can’t believe it.  For the last few months as I’ve wandered through what seems like hundreds of homes, refreshed Redfin and Realtor.com practically every 3 hours looking for new listings, and poured over every home source I could find trying to learn about different areas and neighborhoods in the Salt Lake City area, we finally found something.  Granted it is something very different than what I initially thought we would end up with, but we have something.  I made my first trip to Utah back in December, just before Christmas.  I came back feeling quite depressed about what I found.  The home market in Utah is booming and the supply of housing just can’t keep up with demand…which of course means prices are totally in the buyer’s favor, right? 😉  It was not at all what I expected when I arrived, or when John decided to take this job.  It’s no secret that this will be a tough move for our family, and the feelings I had when I came home from that initial trip left me confused and concerned. 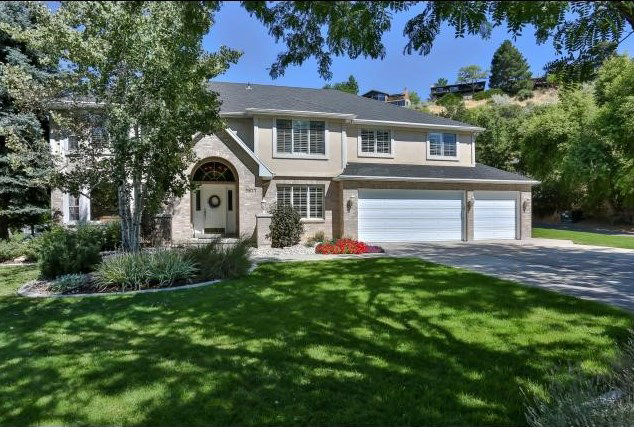 I have continued to make trips to Utah about every other week since the first of the year, each time heading there with great expectations and a (fairly) positive attitude, and leaving with all kinds of questions about whether it is the right thing for us.  It’s been really hard on all of us.  A few weeks ago I stumbled on this house, when I was searching online, and felt like “hmmm…maybe that might work,” so I took a screen shot of it and moved on.  Then, about 10 days ago, John and I were both looking online on our phones independently and he says to me “hey, have you seen this house?”  When he showed me his phone, I couldn’t believe it.  It was the same house that I had taken the screen shot of, and I was actually looking at it again at the same time he was.   I showed him that it was up on my phone too, and I just had a feeling.  The next morning we asked our realtor to take a look at it for us.  He thought it had potential and suggested that I should see it.  We made an offer sight unseen, they countered our offer and I hopped on a plane the next day to run up and see it before we accepted.

I was SO nervous to see it.  Almost like it was a first date or something.  Would it look the same as it had in the pictures online?  Would there be some crazy house next door painted hot pink? (yes, I have seen this!)  Just so many questions and worries.  When I drove up I was pleasantly surprised.  It was very neatly maintained and the inside was exactly like it had been in pictures.  The floor plan was just as I had envisioned and the neighborhood…although SO different than what I am used to here in OC, is pretty in it’s own right and has real promise.  I’m sure it’s beautiful during the spring, summer and fall.

After 2 days of meetings galore with contractors, visits to appliance stores and several tours of the house, as I sat on the tarmac on the plane Friday night, we signed docs to accept the offer and make it official. 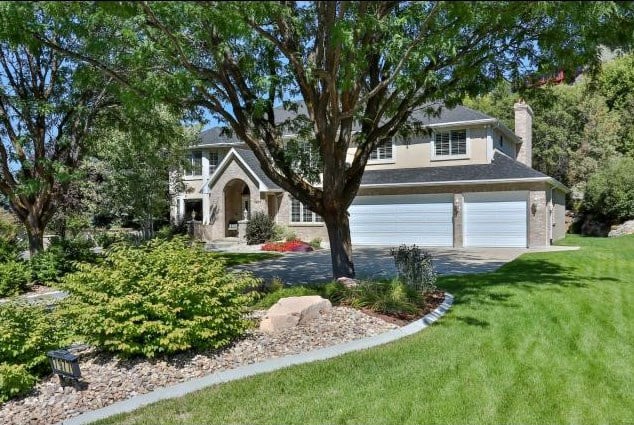 Just weeks earlier we had been almost under contract on a new build, so this total fixer upper is a big departure from what I had been expecting.  Built in 1987, it needs some serious updating.  The owners have kept it in meticulous condition…even after raising 7 kids there, but haven’t touched a thing since the 80’s.  They are the original owners and you can tell they love their home.  It is huge. Way more than our little family of four needs, but everything in Utah has a basement, and if you want all of your bedrooms above grade (which was a must for me) then you kind of end up with a large home by default.  That just means there will be lots of extra rooms to decorate, places to host friends and family, and great spaces for gatherings…all of my favorite things!  It will be a GIGANTIC project, which will be fun and stressful all at the same time…especially considering I will be out of state for the first few months of the remodel. 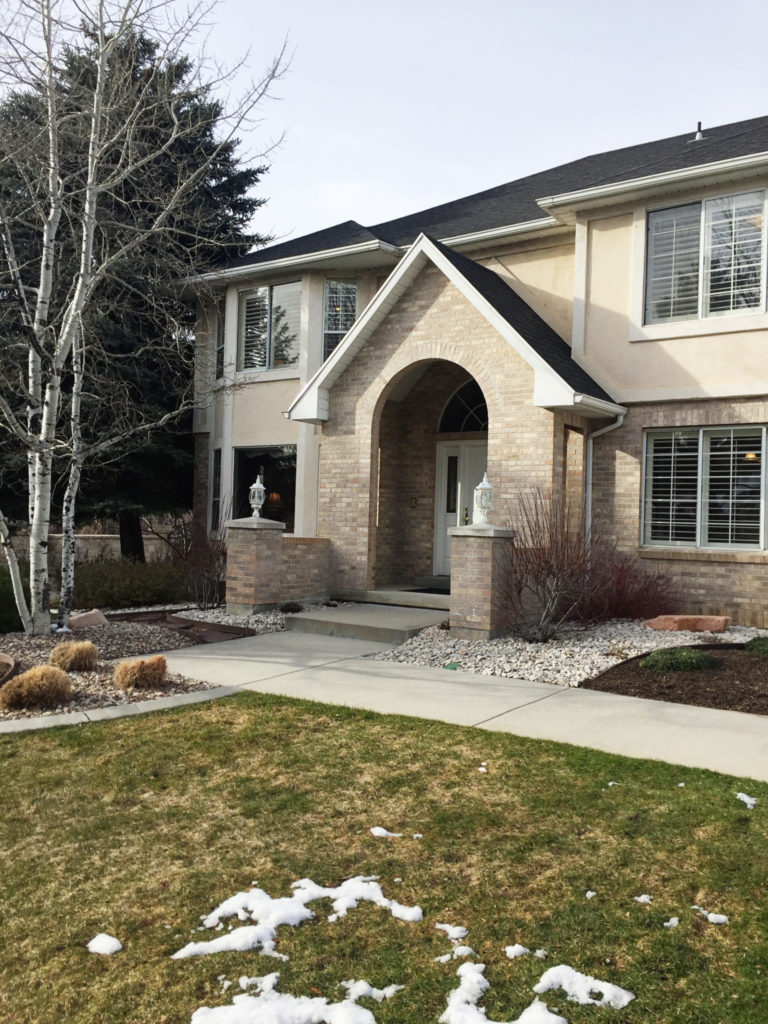 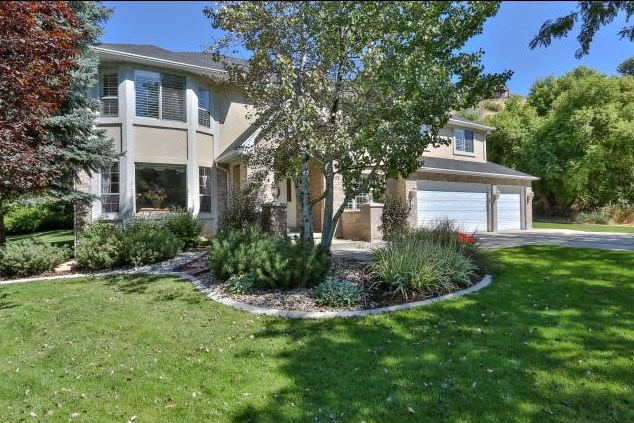 I have thousands of different ideas for this house.  The bones are really good, and I think she can be a beauty.  I’m excited to have a project to help me get excited about moving and keep my mind off of the sadness I feel, and I can’t wait to see where this moving and fixer upper adventure takes us.  I don’t typically get to personal here on the blog, mainly because I’m a total sap, and as I sit here writing this I can’t stop the tears.  But, I had a very strong impression when this job opportunity popped up in November that John was supposed to take it, and that we are supposed to be in Utah at this point in our lives.  John was actually interviewing for another job on the East Coast, and even though he really wanted that one, I encouraged him to visit with these people before he made a decision.  I have never wanted to live anywhere but southern CA, but I cannot deny the impression that I had both about where our family needs to be right now and the feeling I had when I stepped into this house.  The Lord’s hand is definitely in everything we do, even if at times we are feeling discouraged and confused…He is definitely guiding us on this journey!

As soon as we close I’ll share more images of the inside and my plans for each of the rooms.  Fingers crossed that things go smoothly and we can break out the Demo Day equipment in a month!  I can’t wait to share this journey with you and have someone to bounce ideas off of! 😉

Have a great day!

Tammy Mitchell is the founder and creative director of lifestyle blog pinkpeppermintdesign.com. Along with being a homeschooling mom of two kiddos, she is also an in-demand prop and event stylist, photographer, interior and graphic designer. Here on Pink Peppermint Design, she aims to share creative DIY projects, easy entertaining and gift ideas, inspiring interiors and events, as well as her life, with thousands of readers every month. She lives in Southern California, with her husband and two children.
Power Bio Box by HOI
You are here: Home Interior Design Our 1987 Fixer Upper Our Very Own 1980’s Fixer Upper : We’re in Escrow!
Title:
Our Very Own 1980’s Fixer Upper : We’re in Escrow!
Authors:
Categories:
Mentions:
DIY home makeover, fixer upper, home makeover, home remodel, remodeling
Keywords:
Fixer Upper
Last Updated:
November 15, 2018 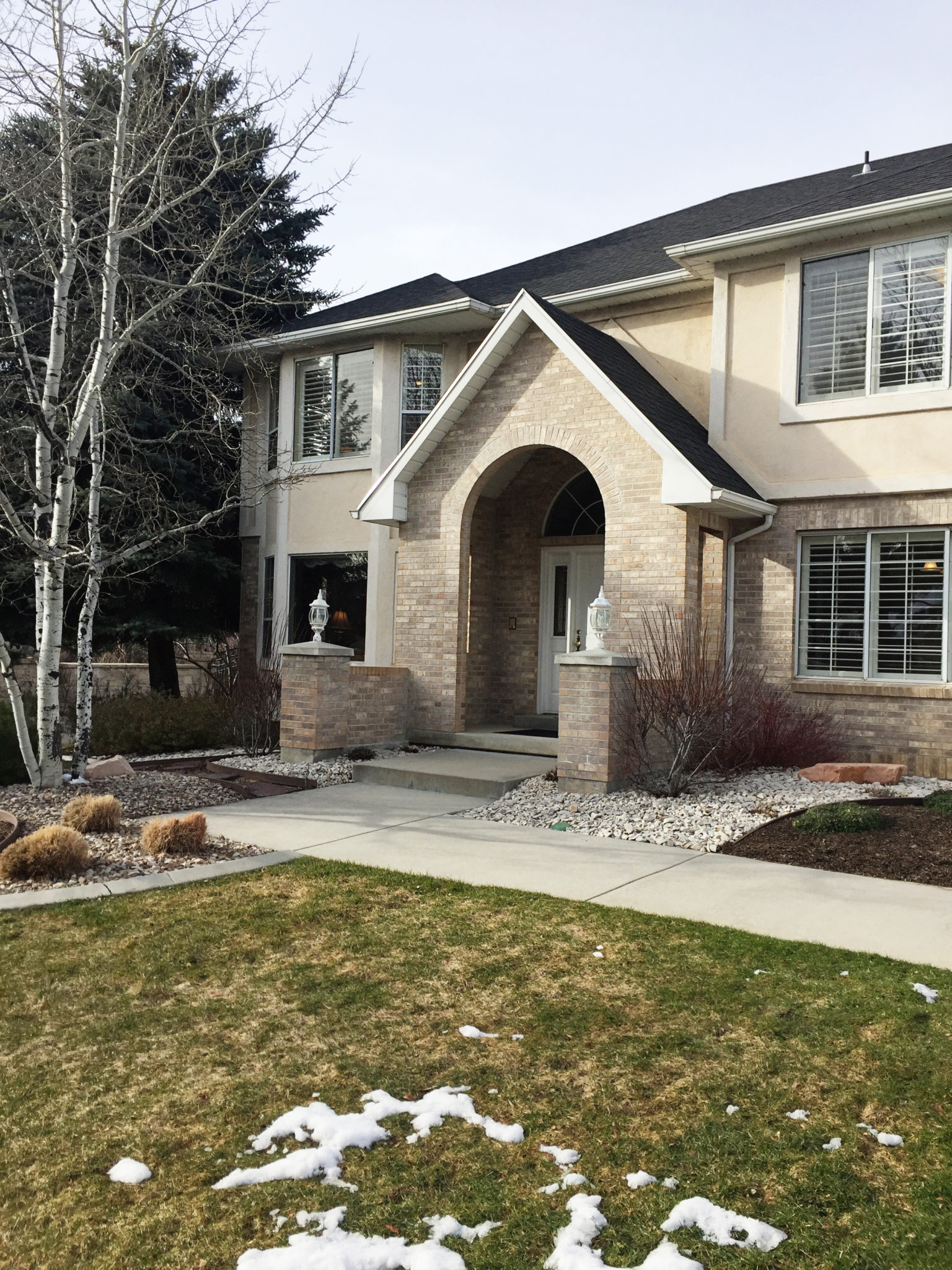