I am a bit slow getting going this morning.  It’s a cold dreary day here in Utah, the tops of the mountains are covered in snow and it’s a bit of a rough re-entry after a fun weekend in the sun back home in OC.  This last week was our fall break…so we headed home to check on the house, spend a few days at the Happiest Place on Earth, and get a lot of things knocked out before real construction begins. 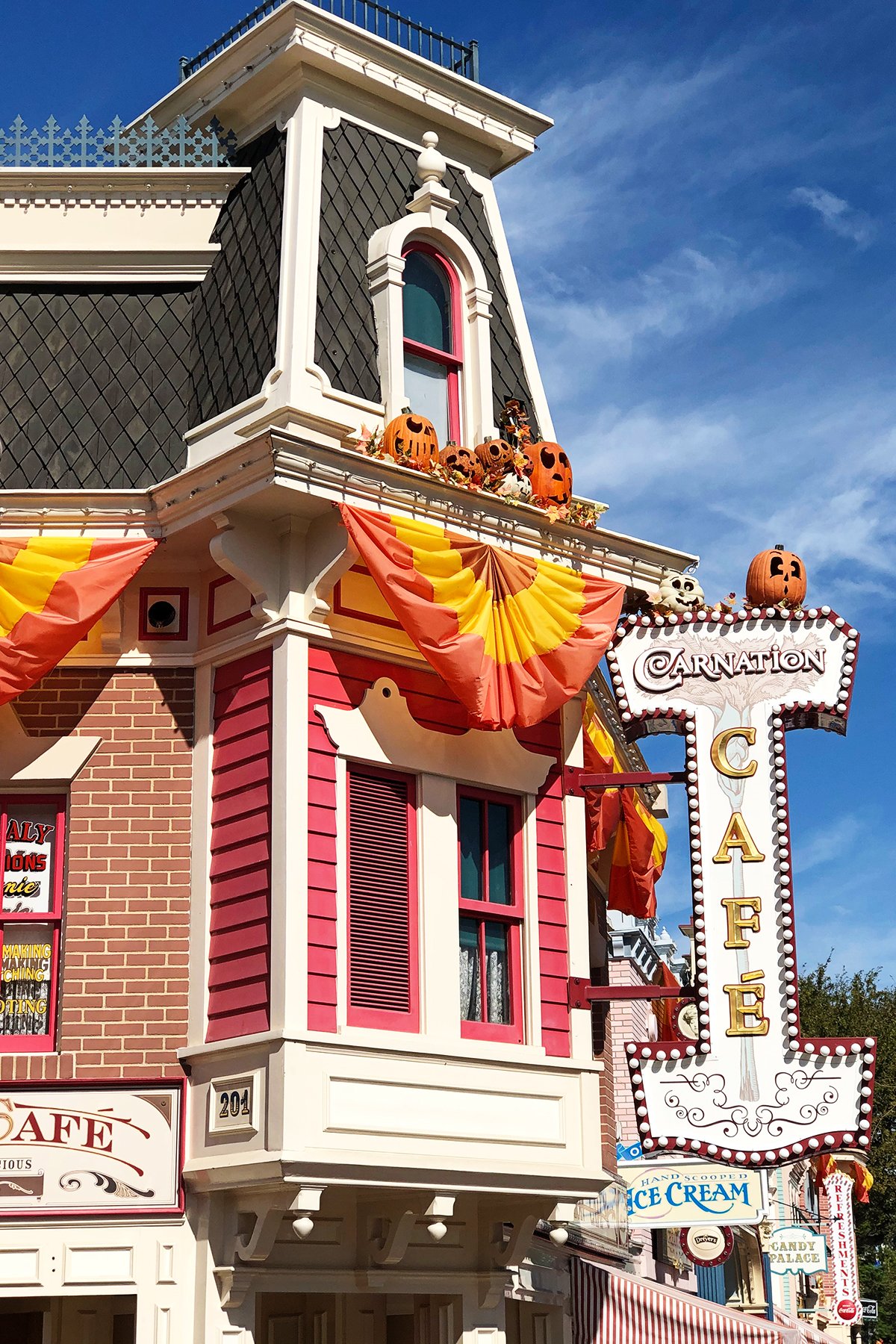 I know not everyone is a Disney fan, but I have to say, it really does make me feel like it’s the happiest place on earth!  As soon as I walk down Main Street USA I am on cloud nine. And at HalloweenTime…well, it’s just even more fun! (If you want all my best tips for visiting Disneyland at HalloweenTime, check out this post.) 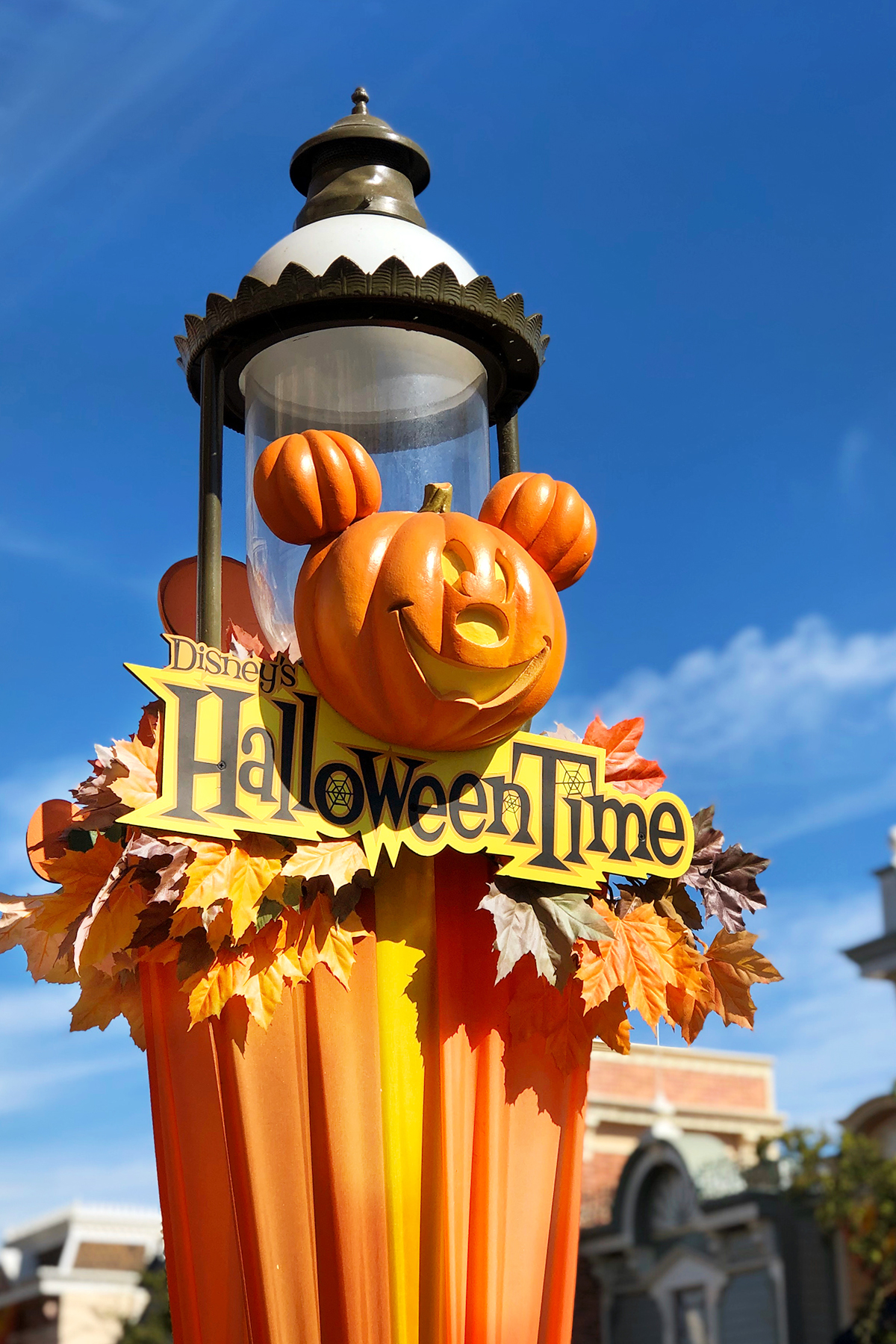 We were expecting huge crowds because fall break is a notoriously busy time at the park as Utahns rush the gates.  Wednesday was pretty hot and crowded, but we were surprised that Thursday was just mildly busy and really pleasant. 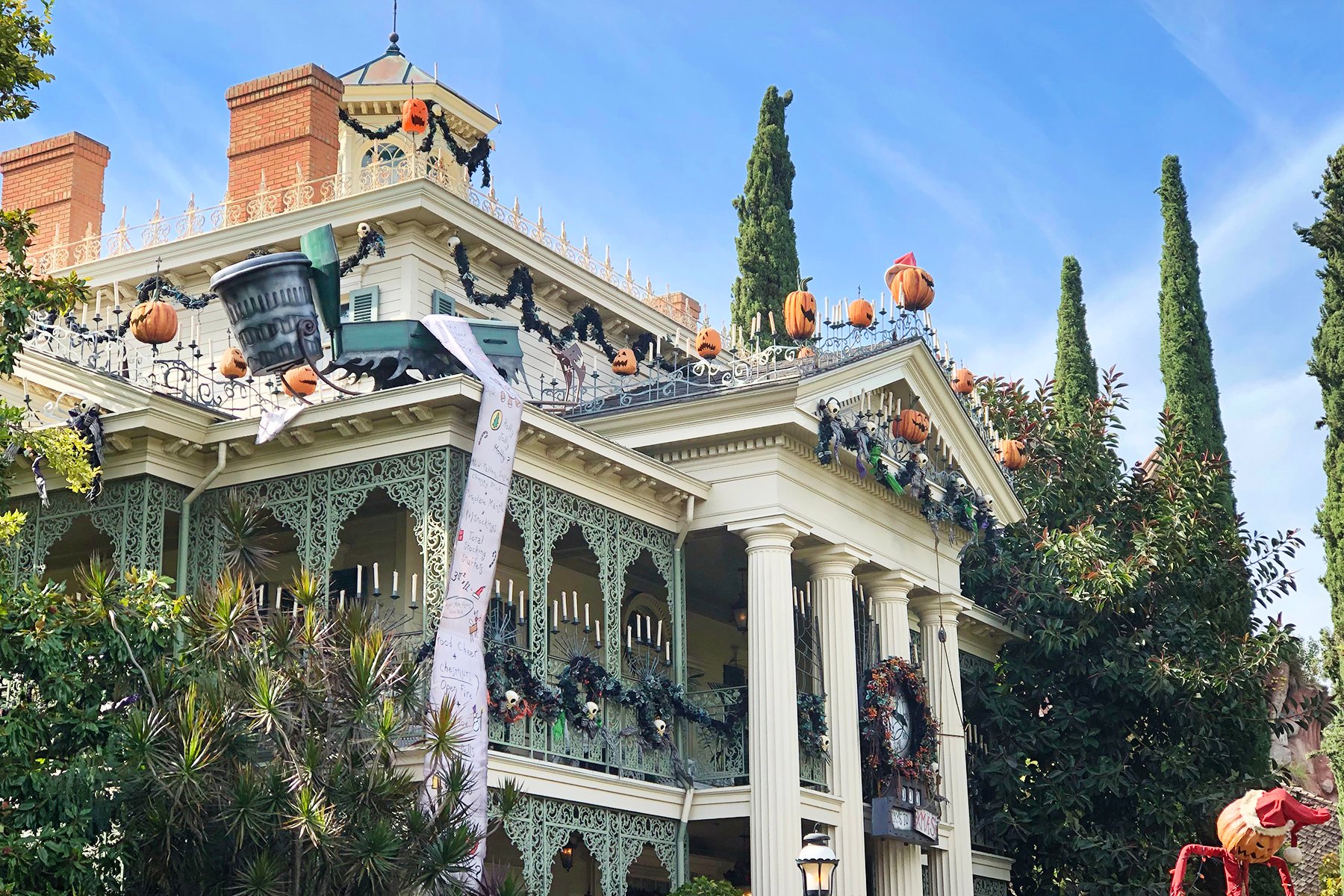 The Haunted Mansion is always crowded at this time of year when it gets all decked out for the holidays, so we made sure to hit that early in the day to make sure we got a ride in.  I just love all the fun decor. 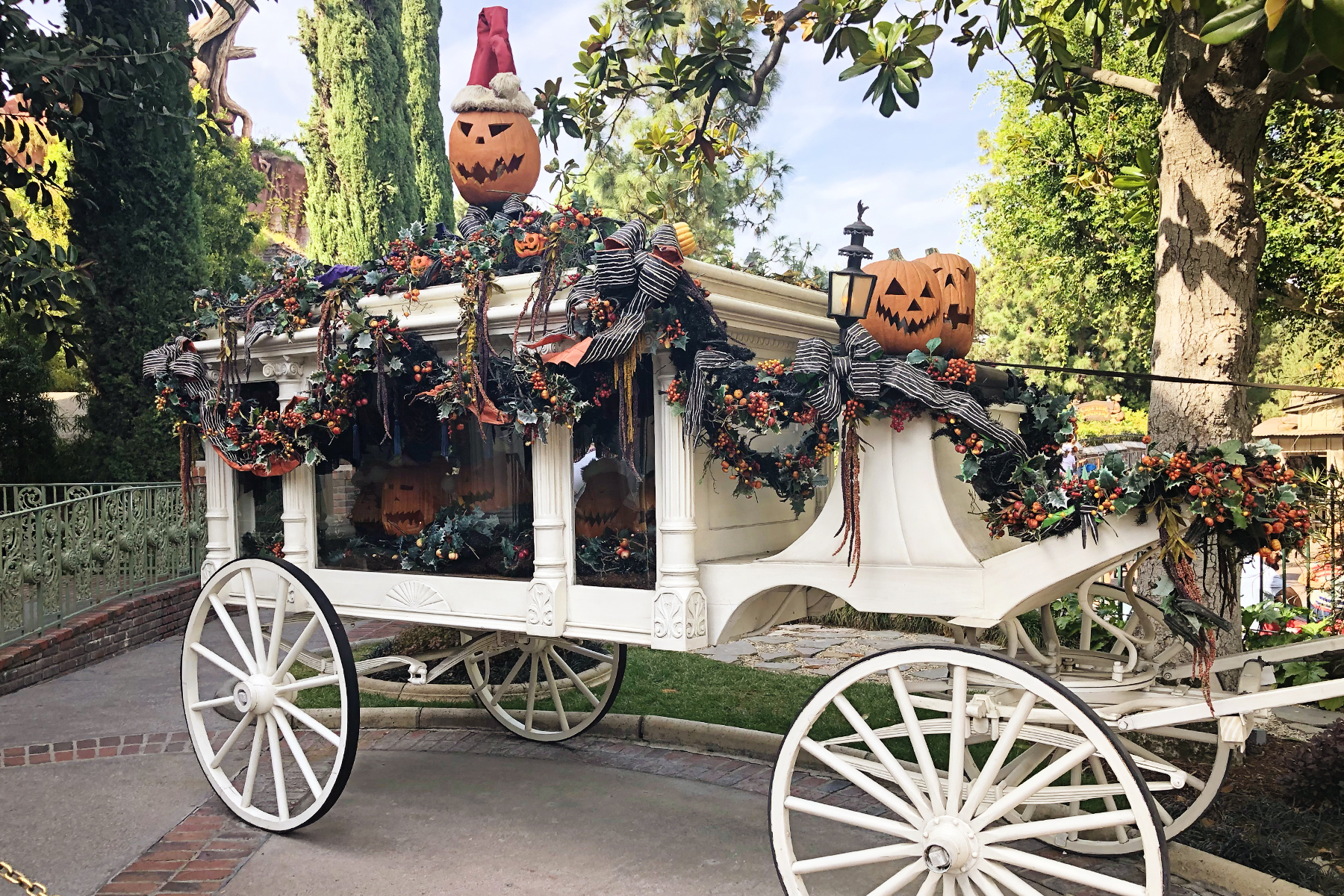 I might have to work in a “Nightmare Before Christmas” theme at the house one of these years. 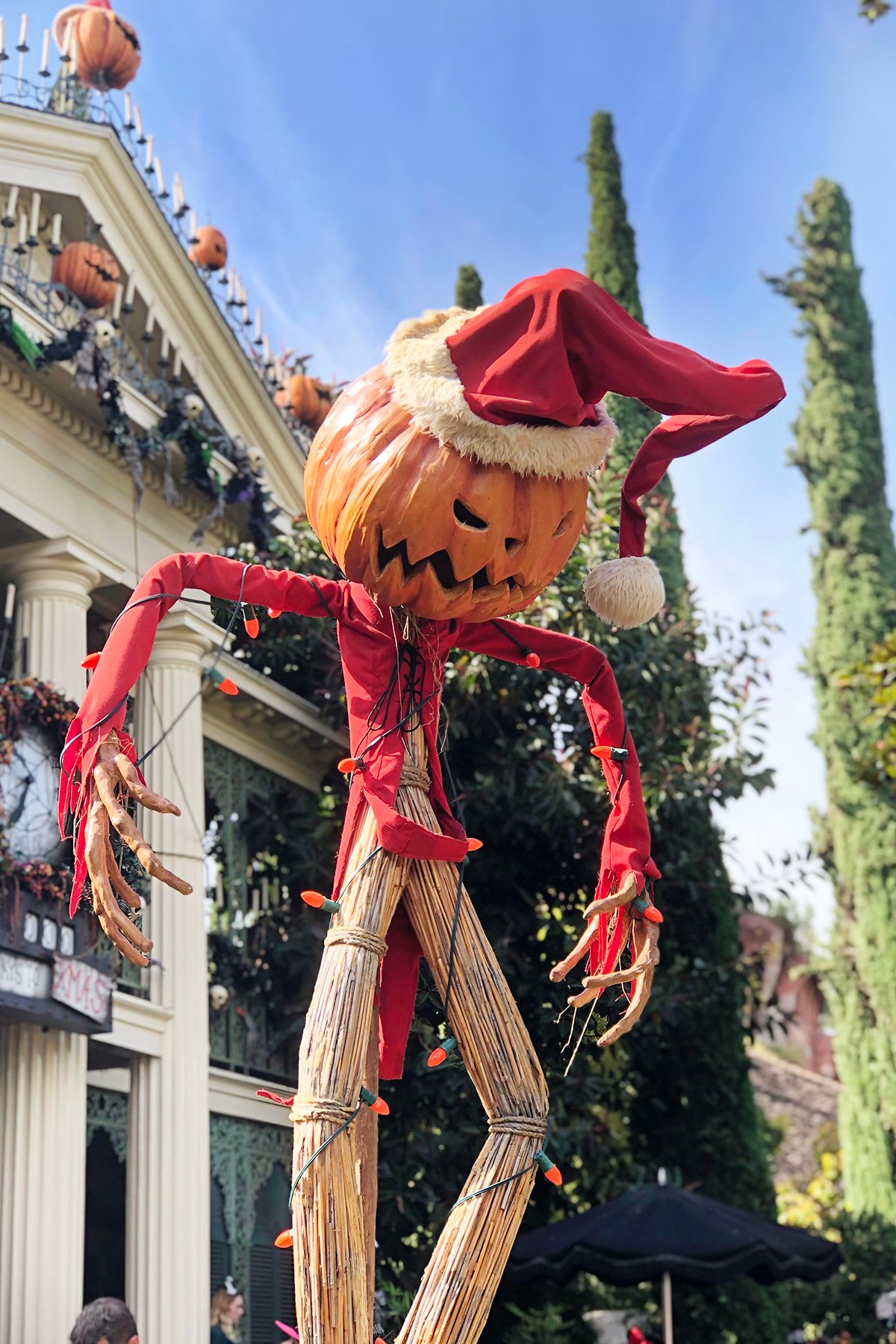 Ever since Star Wars land opened a couple of months ago, this kid has been DYING to go.  He has been a huge Star Wars fan since he was teeny, and watching it be built over the last few years was too exciting.  He has been watching videos on YouTube and just itching to get there.  Well, it finally happened… 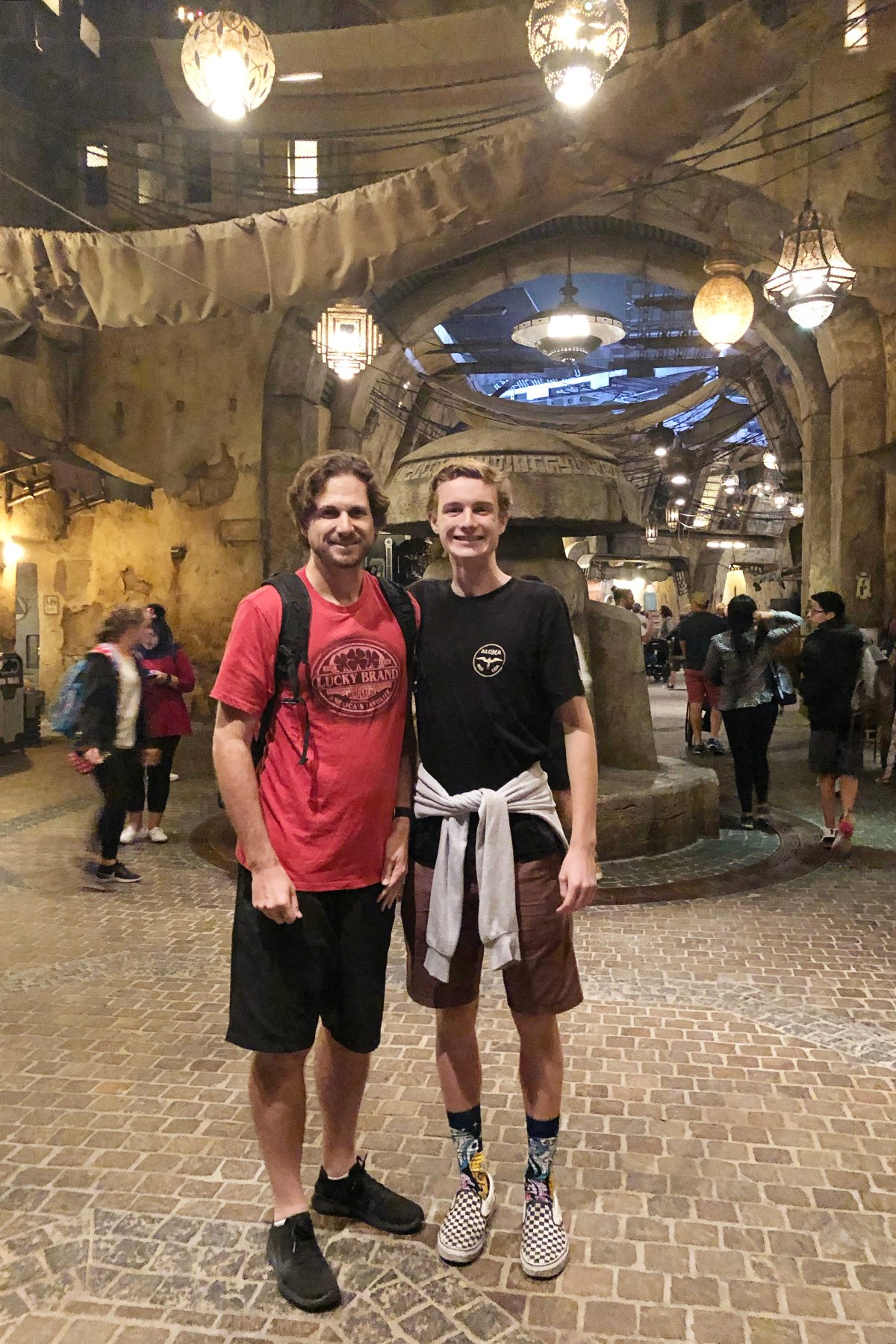 The backdrops for picture taking are amazing!

We made sure to ride the Millennium Falcon: Smuggler’s Run, I figured it would probably make me sick..and I was right. lol!  Star Tours makes me sick and this is a similar style of ride, so beware if you get motion sick like me! 🙂 It was cool to go on it though and Andy LOVED it.  We were fortunate and the line was relatively short for it (40 minutes standby) so he went a few times. 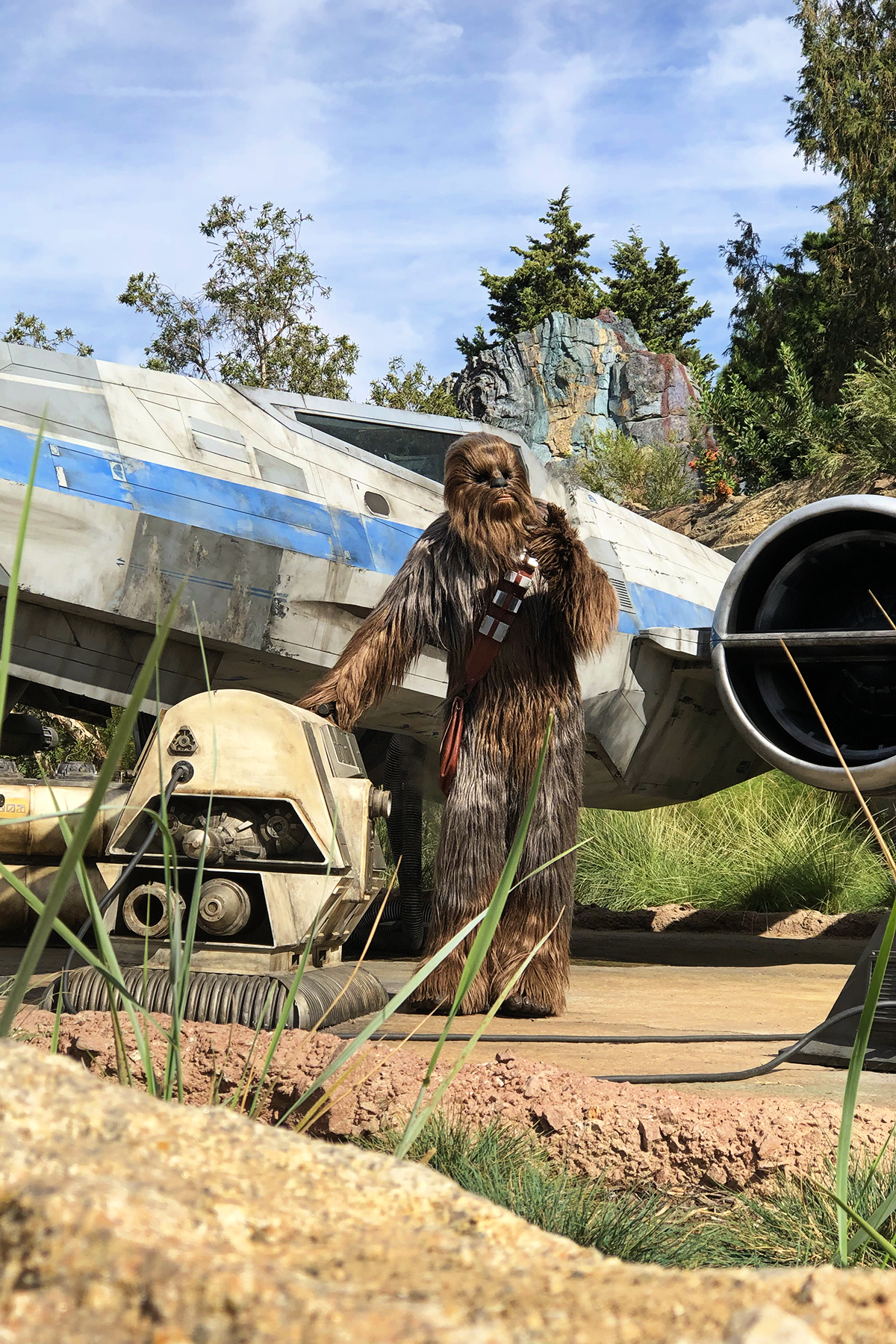 The blue milk…he was so excited to try it…I couldn’t stand the thought of it. lol! It was hard to take these pictures because I had to watch him drink it…after getting sick on the ride, this didn’t help! HA! 😉 He said it tasted like a melted popsicle.  That doesn’t sound too bad…it’s just the idea of blue milk that makes my stomach turn.  At $8 a glass, whoa! I hope you like it! 🙂 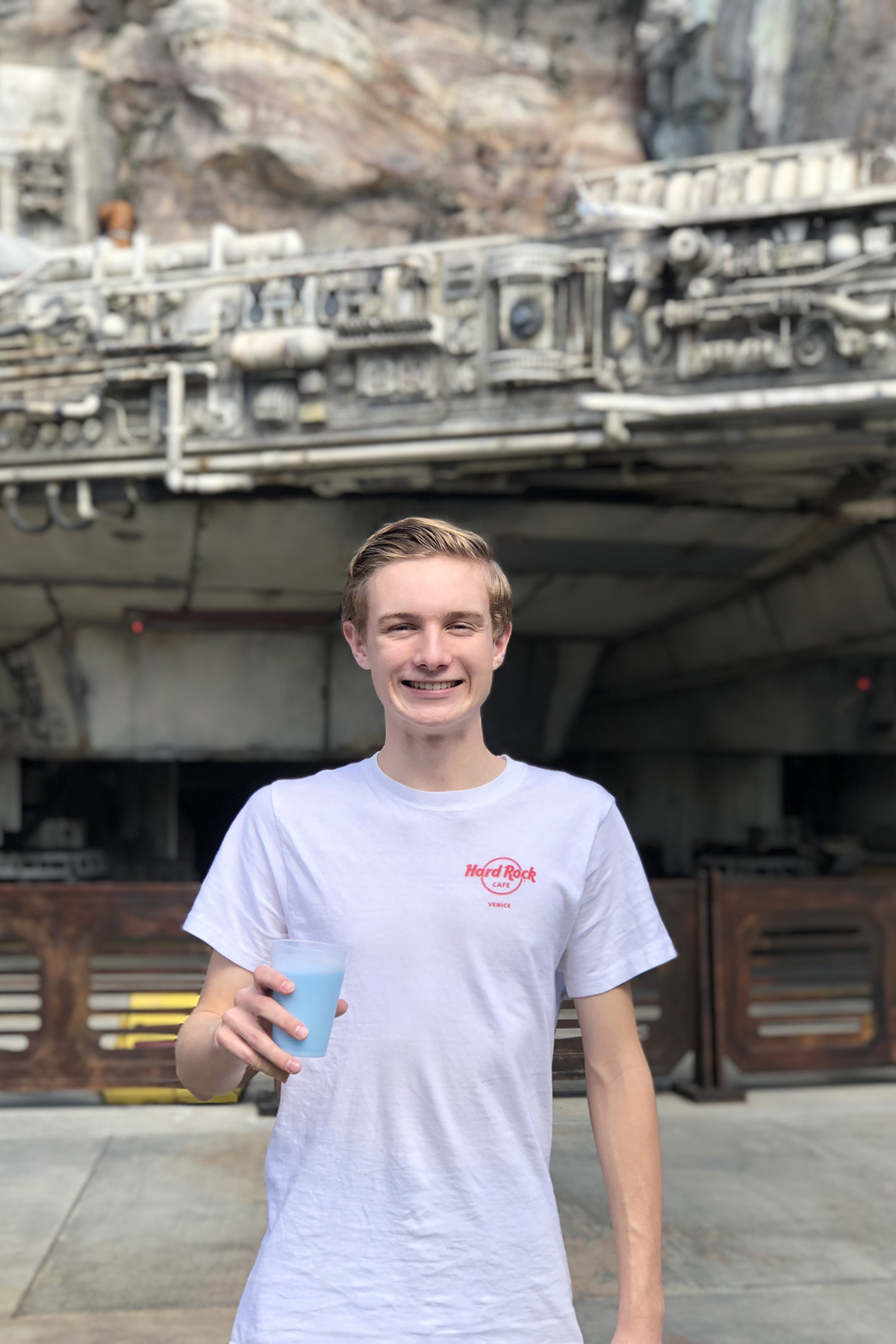 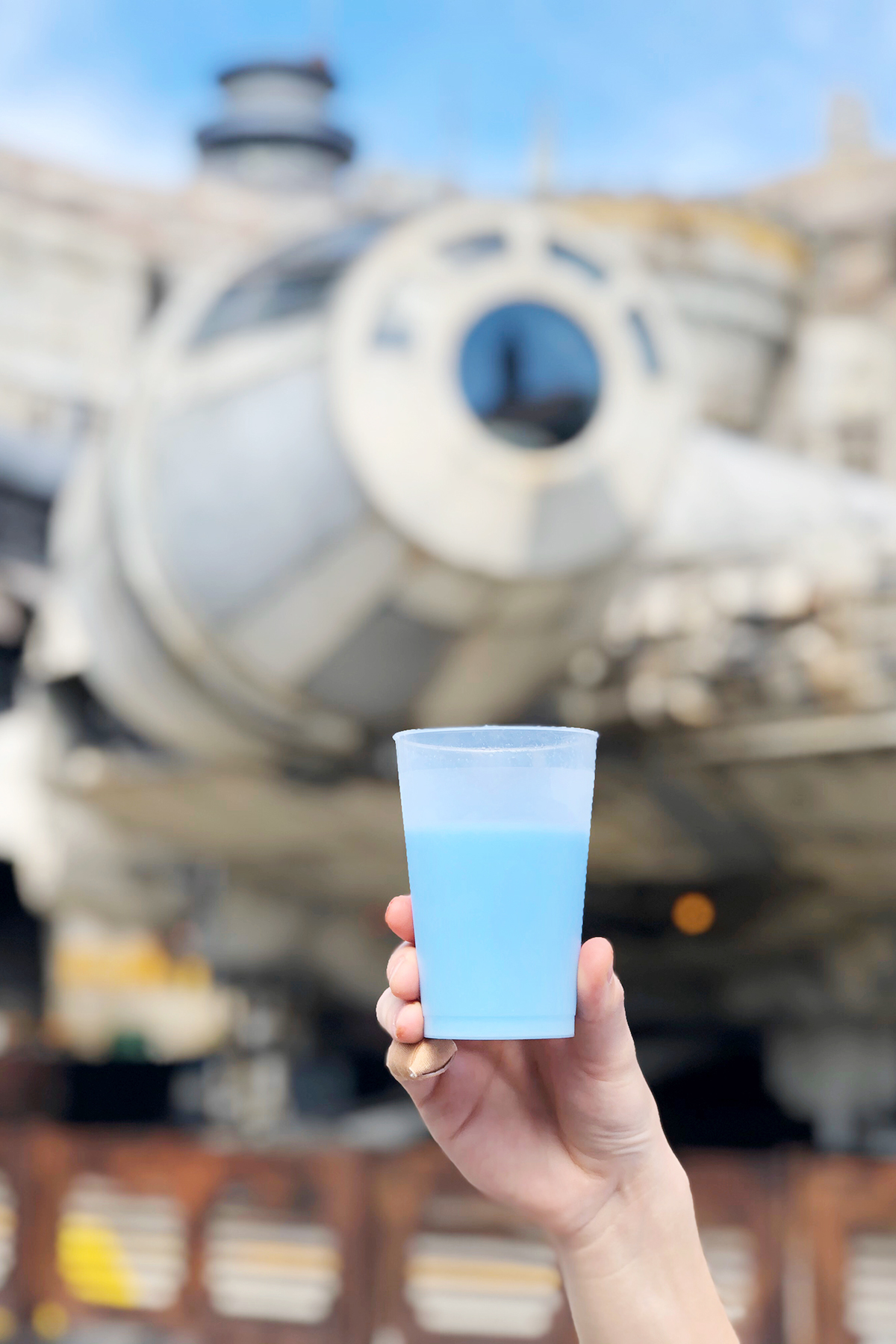 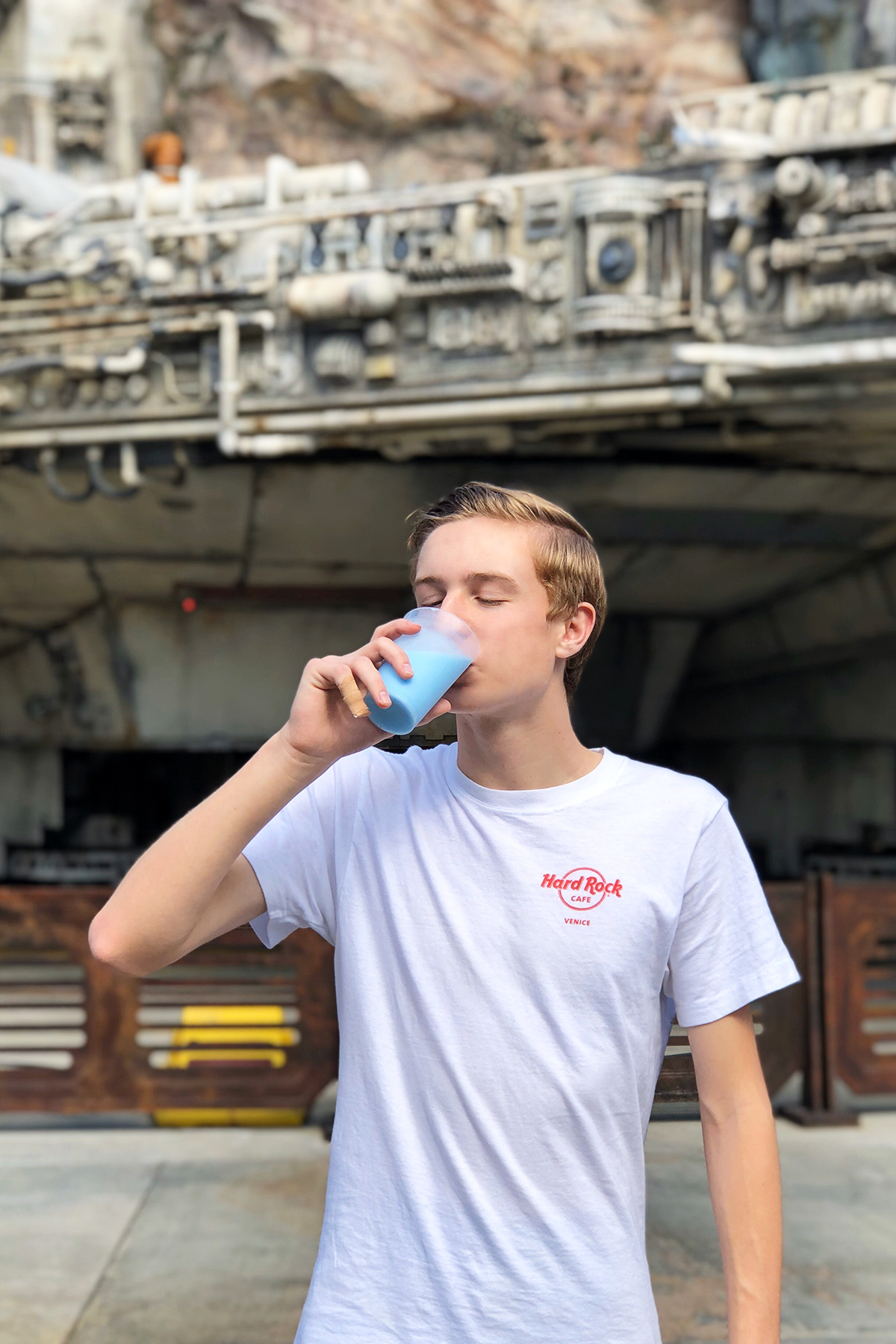 While I can’t do ride simulations…I LOVE a roller coaster!  John and I had much of the day to ourselves to wander the parks because the kids had a friend with them and were happy to go off on their own.  This is definitely a new Disney stage for us…can’t say it’s not kind of fun to have some alone time for a Disney date! 😉 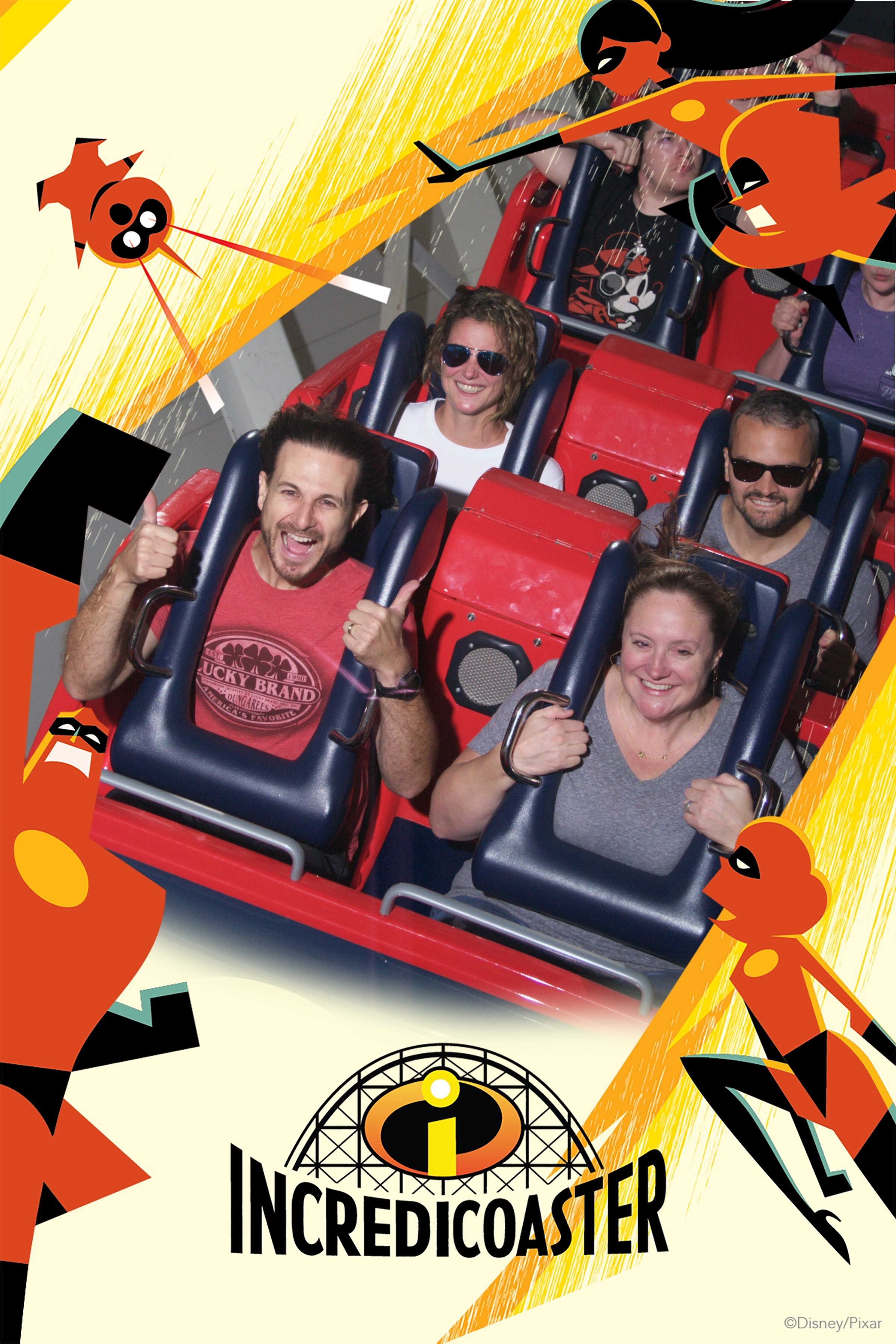 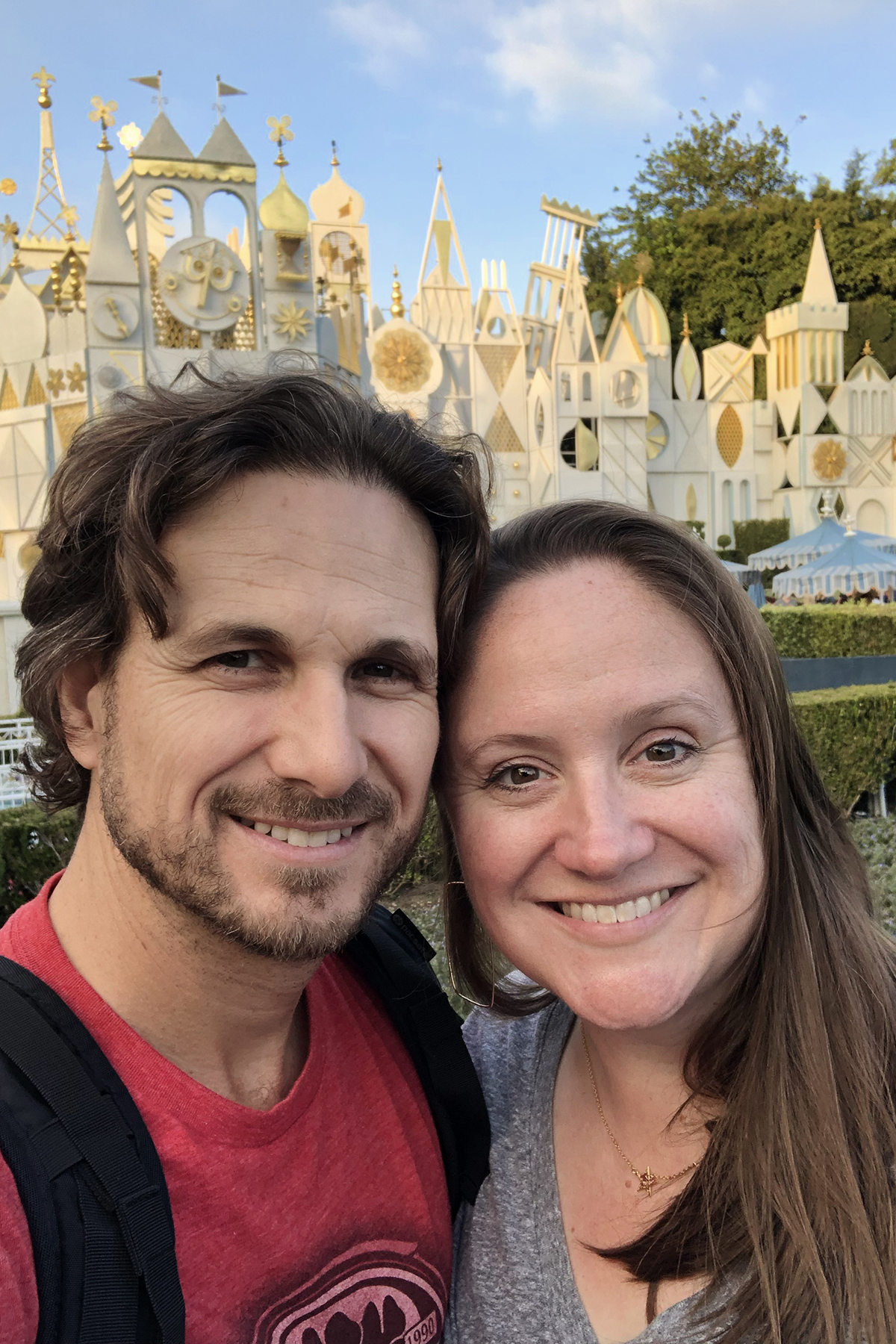 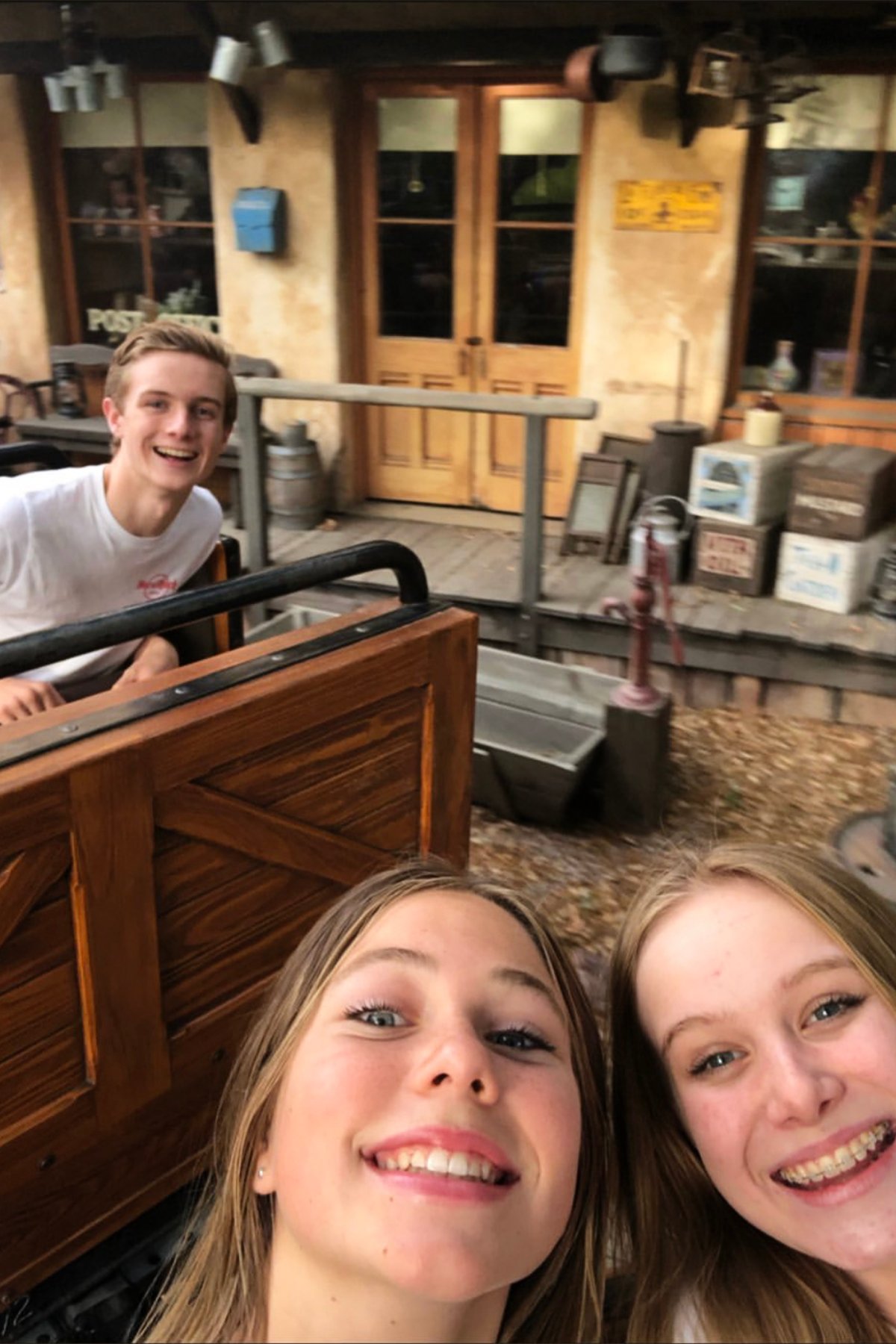 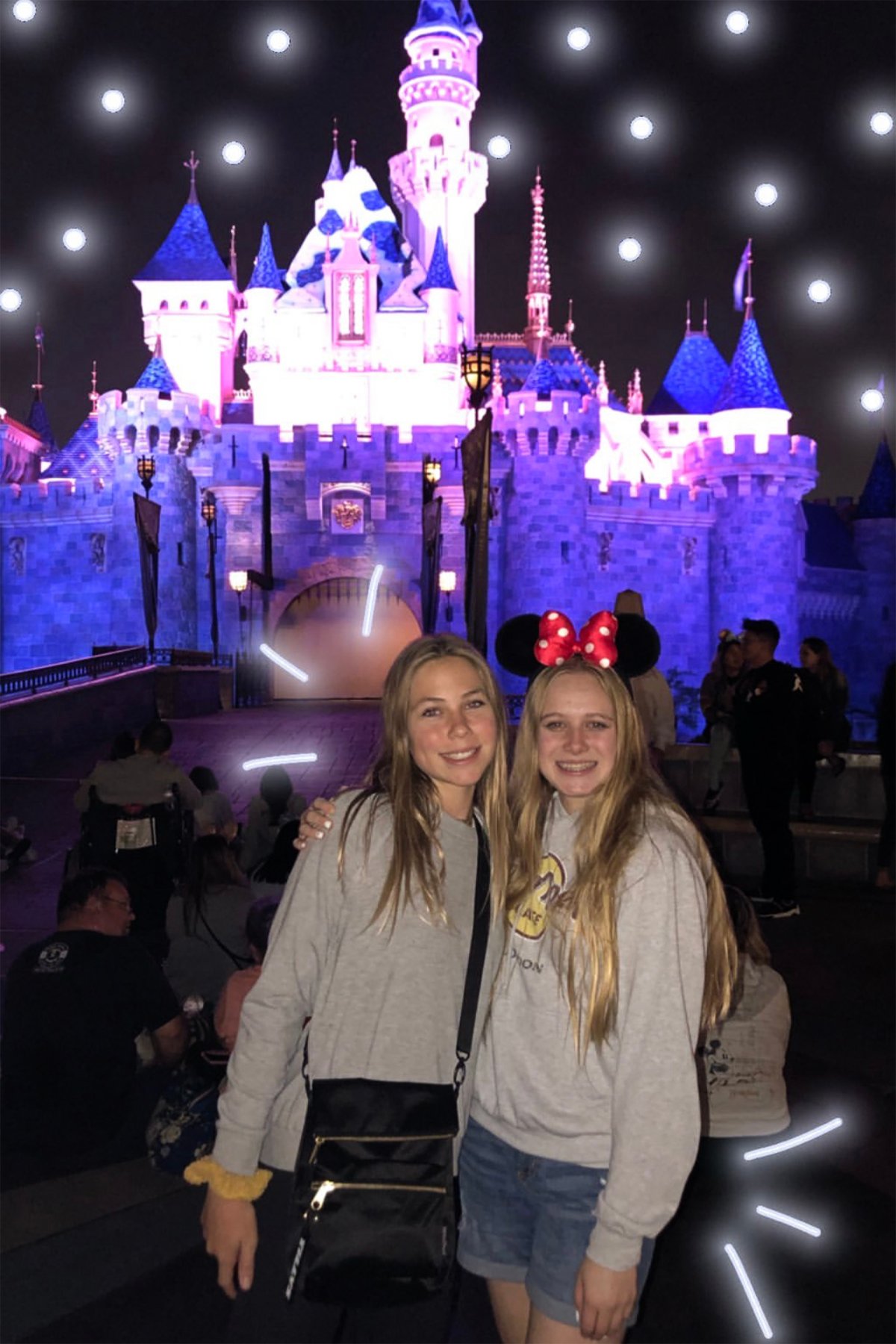 The highlight of the two days was definitely the chance to meet up with Chris Provost of @provostparkpass . He does all kinds of behind the scenes you tube videos about Disneyland and the kids eat them up!  We have a mutual friend, and he was in the park filming with the voice over actor from Roger Rabbit and a bunch of other characters in the park, and the kids got to hang out while they filmed and meet him. They were SO excited! 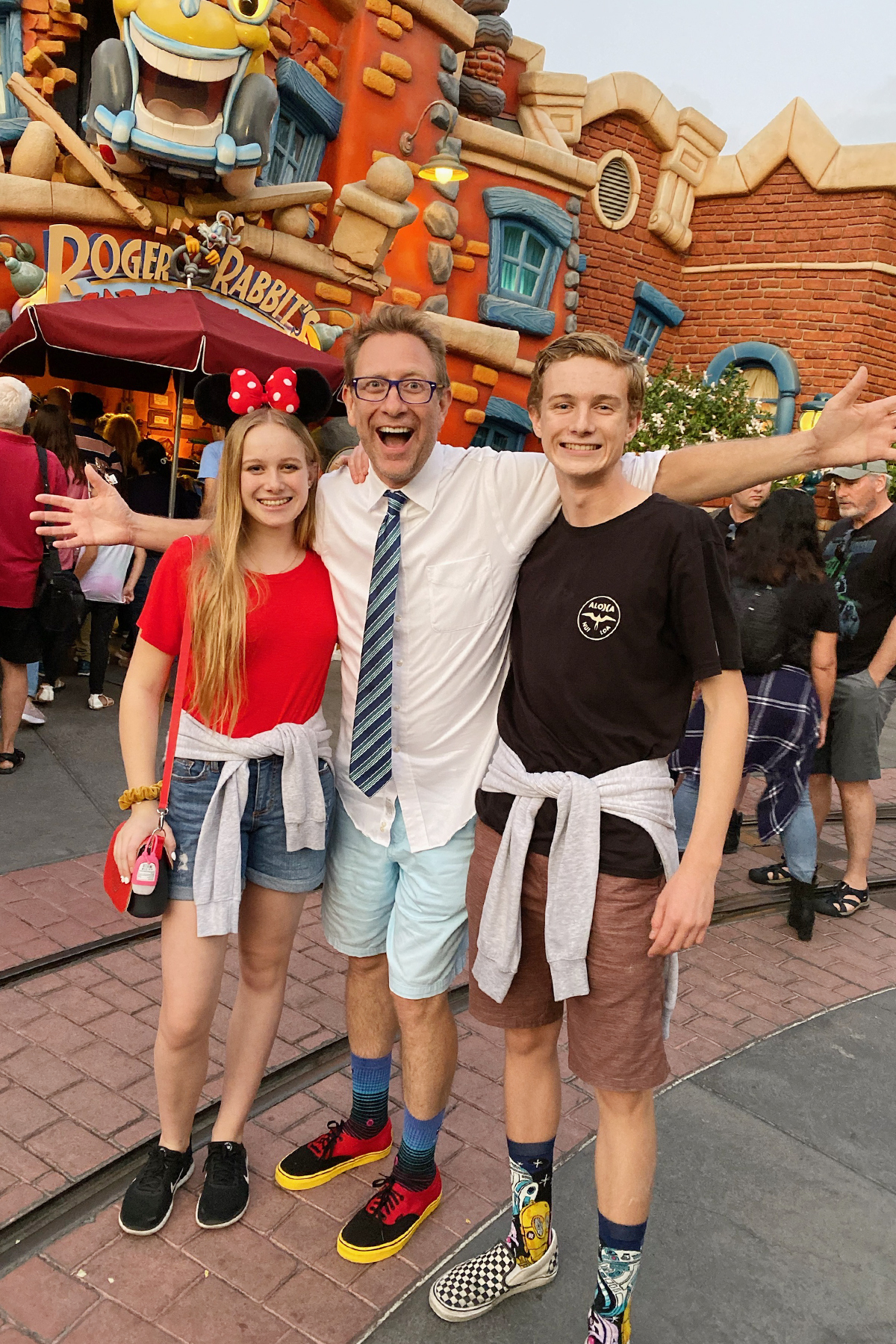 After a few days at the park it was time to get down to business and work on a bunch of house stuff.  We spent time doing electrical, plumbing and design work and we are just about to get started on the full fledged construction for the remodel.  A few last minute decisions and we’ll be set.  I’ll give an update on the house soon!

I hope you are having a great Monday!

Tammy Mitchell is the founder and creative director of lifestyle blog pinkpeppermintdesign.com. Along with being a homeschooling mom of two kiddos, she is also an in-demand prop and event stylist, photographer, interior and graphic designer. Here on Pink Peppermint Design, she aims to share creative DIY projects, easy entertaining and gift ideas, inspiring interiors and events, as well as her life, with thousands of readers every month. She lives in Southern California, with her husband and two children.
Power Bio Box by HOI
Author:
Tammy
Categories:
Mentions:
disneyland at Halloween
Keywords:
Disneyland at Halloween
Last Updated:
January 4, 2022